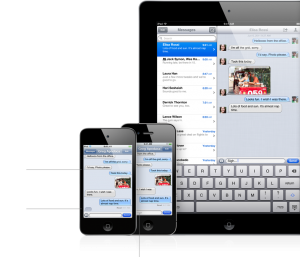 Yesterday Gizmodo posted a story that claimed iMessage suffered a major bug, and allowed them to ‘spy’ on a total stranger. They posted images, text messages and other revealing information about the individual, an Apple Genius. What happened was the Genius plugged his SIM card into that of a customer’s phone to troubleshoot a problem. This action caused iMessage servers to connect to the customer’s phone–revealing all incoming and outgoing messages. Gizmodo exploited details of the Genius’ life for the world to see.

Apple responded this morning to The Loop, and said the bug has nothing to do with iMessage, but occurred because the employee wasn’t following protocol:

“This was an extremely rare situation that occurred when a retail employee did not follow the correct service procedure and used their personal SIM to help a customer who did not have a working SIM,” Apple representative Natalie Harrison told The Loop. “This resulted in a temporary situation that has since been resolved by the employee.”

A similar issue was widely discussed before by Ars in the past. Do you think iMessage should have better ways of securing how and when messages are received to devices?