Apple’s “Hey Siri” and Live Photos features have raised some questions about how the company will maintain user privacy.

The “Hey Siri” features on the iPhone 6s no longer requires that your phone be plugged in to power to be activated. The always listening aspect has logically raised some questions about how the voice data will be handled and transmitted back to Apple’s servers.

When asked about the interview in a Q&A with TechCrunch, the company said that nothing is ever recorded or transmitted before the feature is triggered.

“In no case is the device recording what the user says or sending that information to Apple before the feature is triggered. The “listening” audio, which will be continuously overwritten, will be used to improve Siri’s response time in instances where the user activates Siri.”

This means that until your iPhone hears the phrase “Hey Siri,” there is never any data recorded or sent back to Apple. The voice data is only buffered temporarily to ensure that the keyword was not said by the user. The buffered data is erased after a short few seconds. 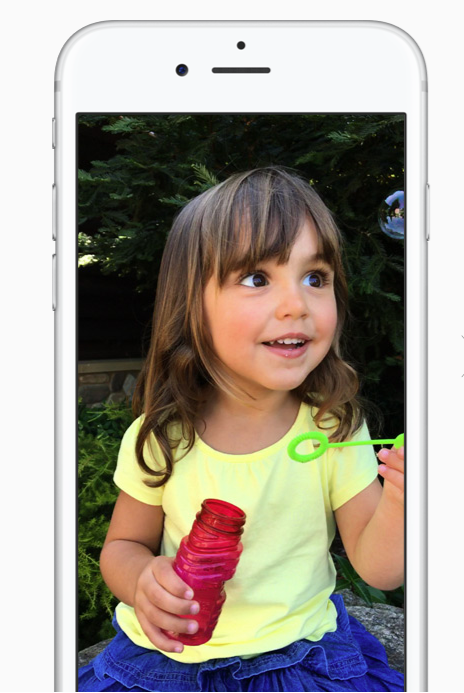 Another feature that has raised some questions is Apple’s Live Photos feature, which stores photos in a new format that looks like a general image until you force tap your iPhone 6s’ screen. When you do so, the photo comes alive with motion and audio.

The feature is automatically enabled in the camera app and will record 1.5 seconds before and after the picture was taken, in order to make it feel more life-like.

Several questions have been raised about Live Photos because it must constantly buffer audio and video from the moment your camera app is launched. Apple says that the recording only happens when the camera is on, and the buffered audio and video is not permanently, until you take a picture.

“Although the camera is “recording” while you’re in Live Photo mode, the device will not save the 1.5 seconds before until you press the camera button. The pre-captured images are not saved to the user’s device nor are they sent off the device.”

The content of Live Photos is treated the same was as existing Photos and Videos. The Live Photos do not leave the device for any reason, unless they are shared by the user or stored on iCloud.

Google announced an experimental conversational service based on artificial intelligence today, called Bard, confirming what was reported last week. The details of Bard look to compete against the rise of Open AI’s ChatGPT, with the latter’s inventor backed by a $10 billion investment from Microsoft. On Monday, Google CEO Sundar Pichai detailed more about its […]
Gary Ng
32 mins ago

Designer Jonas Daehnert (@PhoneDesigner) has just shared what an 'iPhone Ultra Edition' might look like based on the design of the Apple Watch Ultra. Yesterday, Bloomberg‘s Mark Gurman speculated that Apple could launch an even pricier "iPhone Ultra", positioned above the “Pro Max,” next year. In the past, the analyst had said that Apple is likely...
Usman Qureshi
2 hours ago