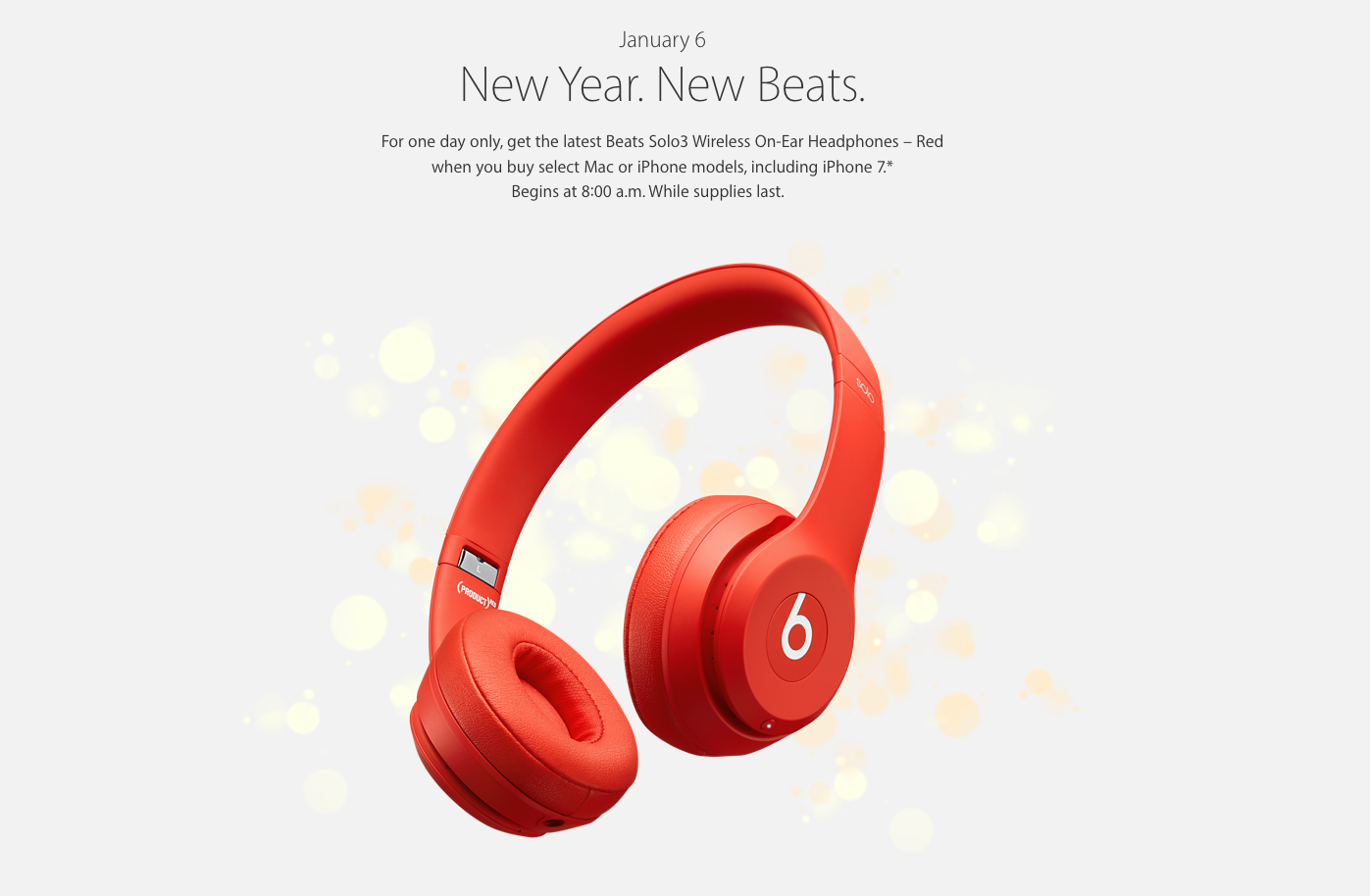 In celebration of the upcoming Chinese New Year, Apple has revealed a new promotion to customers in select Asian markets, including China, Hong Kong, Taiwan, and Singapore.

Customers who purchase an iPhone or Mac during the one-day event will receive a free pair of Beats Solo3 wireless headphones. The event will start at 8am on January 6th and will be available to customers shopping online or in Apple’s brick-and-mortar retail stores.

According to an email we received from Apple, the promotion will be valid for any customer who purchases any iMac, MacBook, MacBook Pro (excluding late-2016 models with Touch Bar), MacBook Air, Mac Pro, iPhone 6s, iPhone 6s Plus, iPhone 7 or iPhone 7 Plus.

In addition, Apple is showcasing a litany of red themed accessories on its digital storefront, including iPhone cases, audio products, toys and more. The company is also pushing digital wares like Chinese Greetings and Chinese New Year iMessage sticker packs for the seasonal event.

In the past, Apple has also initiated similar events and promotions to attract customers in various Asian markets.

New Twitter owner Elon Musk confirms that the revamped Twitter Blue verification system is to launch a week from today. On December 2nd, Twitter will begin manually verifying paid Twitter Blue subscribers. As part of this new system, two new verification checkmark colours will be introduced alongside the standard Blue. In a tweet, Musk revealed...
Steve Vegvari
4 mins ago