The Verge is reporting that Apple has started to roll out a public beta of its upcoming iWork for iCloud online office suite, and is sending email invites to select users for testing the new apps. With web editions of Pages, Numbers, and Keynote, Apple is looking to compete with the likes of Microsoft Office 365 and Google Docs. 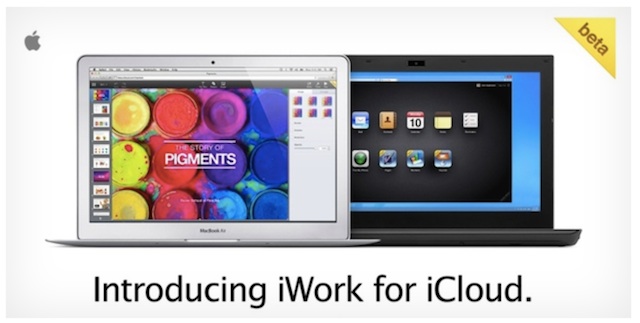 With the new iWork web apps, users will be able to create and edit documents, sync between apps, and access their files from anywhere. While Apple said during its WWDC keynote that iWork for iCloud will be fully compatible with both Windows and OS X, and across three different browsers i.e Internet Explorer, Chrome, and Safari, it would however run best in Safari. According to beta testers at The Verge, iWork for iCloud offers a lot more options than Google Docs, much like Office 365.

You can smoothly drag around images and objects, and even apply rich effects like drop shadows and reflections. The apps give a lot of control over them too, even down to changing the angle and opacity of a shadow […]

Those editing features and visual flares throughout iWork make it more powerful than Google Docs in a lot of ways, but it falls behind when it comes to collaborative editing. Right now, iWork is able to sync your documents live between browsers and apps.

While Apple is definitely off to a good start with iWork for iCloud beta, it does need the missing collaborative editing tools to take on the competition.