Rumour has it that Apple is playing with the idea of an ad exchange. The whisper comes from the executive of one of the biggest players in online advertising. 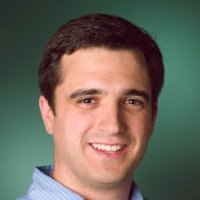 Other sources from the online advertising industry could not confirm this rumour, but looking closer at Apple’s current setup for mobile advertising we can see that Apple could enable this action scenario in no time.

With ad exchange, the advertisers would be alerted when a new user joins Apple’s eco-system. Any advertiser who tracks that user with a cookie could then bid to serve an ad that specifically targets that user.

During the past few years the boom in the app industry has brought money to developers, but during this year’s D11 Conference, Apple CEO Tim Cook stressed the company’s efforts to help developers make more money.

Cook said mobile advertising isn’t large enough to be a core concern of the company, yet Apple has hired Todd Teresi, ex-vice president of Media Solutions at Adobe, to run iAD. He is also a Yahoo veteran and managed its third-party publisher ad network.

Also, Apple alumnus Dan Grigorovici (former iAd member through Quattro Wireless), now CEO of AdMobius thinks Apple could have a tremendous ad exchange on its hands if the company really desires to actually build it.

In other words, the stage is set for an Apple ad exchange. It remains to be seen whether Xaxis COO Mark Grether’s forecast for 2013 will come true.

In particular, both Twitter and Apple (tablet/mobile) could conceivably launch their own RTB exchanges to take advantage of the benefits they see occurring to Facebook – and advertisers – through the launch of FBX.