The seven-year legal battle between two of the largest smartphone makers in the world is finally over. 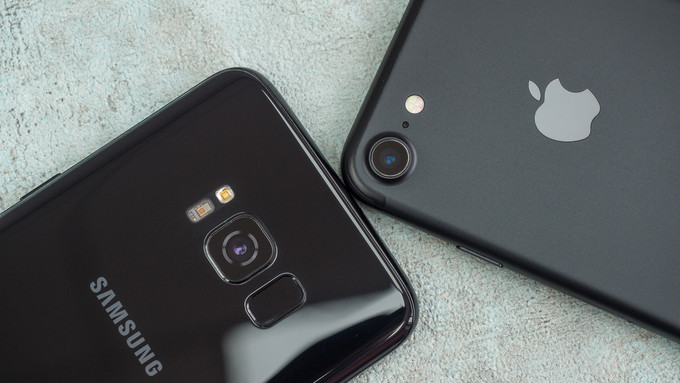 Apple and Samsung agreed Wednesday to settle their long-running dispute over design and utility patent-infringement allegations at the U.S. District Court of Northern California in San Jose.

Terms were not disclosed, but according to the Wall Street Journal, the companies filed a notice in California federal court that they had agreed to settle the case.

“Plaintiff Apple Inc. and Defendants Samsung Electronics Co., Ltd., Samsung Electronics America, Inc., and Samsung Telecommunications America, LLC would like to inform the Court that they have agreed to drop and settle their remaining claims and counterclaims in this matter,” the settlement notice stated.

In May, a US jury awarded Apple $539 million USD after Samsung had previously paid Apple $399 million to compensate for patent infringement. The South Korean electronics giant would need to make an additional payment to the US-based Apple of nearly $140 million USD if the verdict was upheld. Apple had argued that it was owed more than $1 billion USD, while Samsung contended the $399 million should be slashed to $28 million.

The final amount Samsung will have to play remains undisclosed, so it seems we’ll never know how much Apple will get from the long-running case. Regardless, it’s likely to be small fry compared to the $13.8 billion USD in net profit the firm announced for the first three months of 2018.

Apple hasn’t commented on the settlement, but is instead referring media outlets back to its comments from last month:

“We believe deeply in the value of design, and our teams work tirelessly to create innovative products that delight our customers. This case has always been about more than money. Apple ignited the smartphone revolution with iPhone and it is a fact that Samsung blatantly copied our design. It is important that we continue to protect the hard work and innovation of so many people at Apple.”

Despite engineering delays, Apple is said to be continuing work on full reverse wireless charging support for the next-generation iPhone (via 9to5Mac). (Concept image: via EverythingApplePro) Citing sources familiar with the matter, the report notes that Apple was expecting to introduce the feature with the iPhone 14 Pro, but it missed the deadline. However, the...
Usman Qureshi
3 mins ago

Apple unveiled its new HomePod second-generation last month, with the smart speaker going on sale in Canada last week. We're seeing the first teardowns of Apple's 2023 HomePod hit the web now, with YouTuber Brandon Geekabit recently sharing his disassembly of the device. On the outside, the new HomePod has a similar physical footprint to...
Nehal Malik
52 mins ago