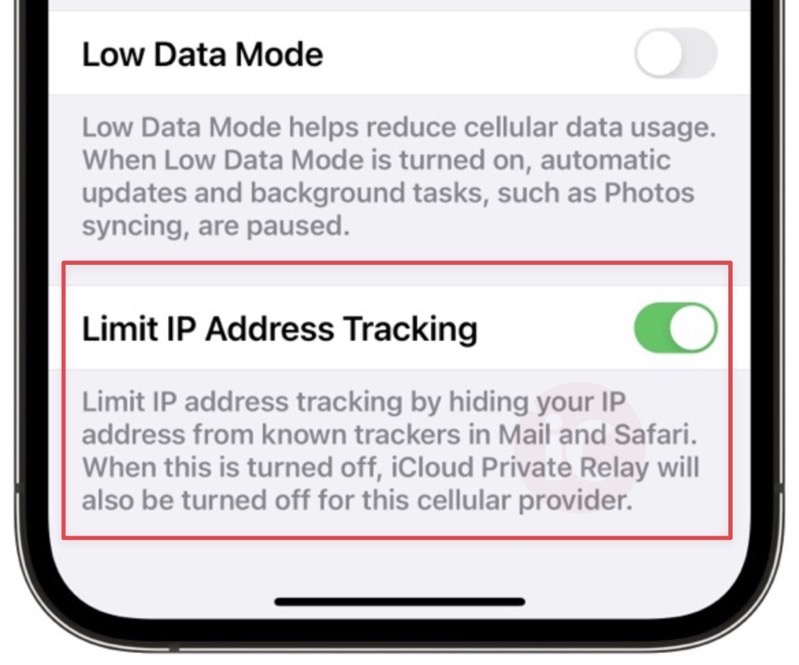 Apple today released iOS 15.2.1 and with it, modified wording on its ‘Limit IP address Tracking’ toggle under Cellular settings, to specifically state its ability will affect iCloud Private Relay.

Earlier this week, many wireless users in the United States, United Kingdom and European Union–and Canada–believed their carriers were blocking iCloud Private Relay, a feature that secures your browsing when you have an iCloud+ subscription.

It turns out the ‘Limit IP address Tracking’ setting can interfere with iCloud Private Relay. If the setting is toggled off, it won’t allow for iCloud Private Relay to be enabled–which then results in the message that says this wireless plan doesn’t support the feature.

The setting on your iPhone can be found below:

With iOS 15.2.1, the next for this setting now reads: “Limit IP address tracking by hiding your IP address from known trackers in Mail and Safari. When this is turned off, iCloud Private Relay will also be turned off for this cellular provider.”

Apple told MacRumors in a statement on Wednesday none of its carrier partners have blocked iCloud Private Relay.

“iCloud Private Relay is an innovative internet privacy service that allows users with an iCloud+ subscription to connect to the internet and browse with Safari in a more secure and private way. We have rolled Private Relay out in beta and it’s available in most countries around the world. No carrier partners have blocked their users from taking advantage of Private Relay,” said Apple’s statement.

In addition, Apple said, “no changes were made to iCloud Private Relay in iOS 15.2 that would have toggled the feature off. Users are encouraged to check their Settings to see if Private Relay is enabled on their device or for a specific network.”

Apple needed to make it more explicit that the cellular setting was interfering with iCloud Private Relay, and the issue is not at the carrier level. The updated text does address this somewhat, that is if you can find it in the first place.