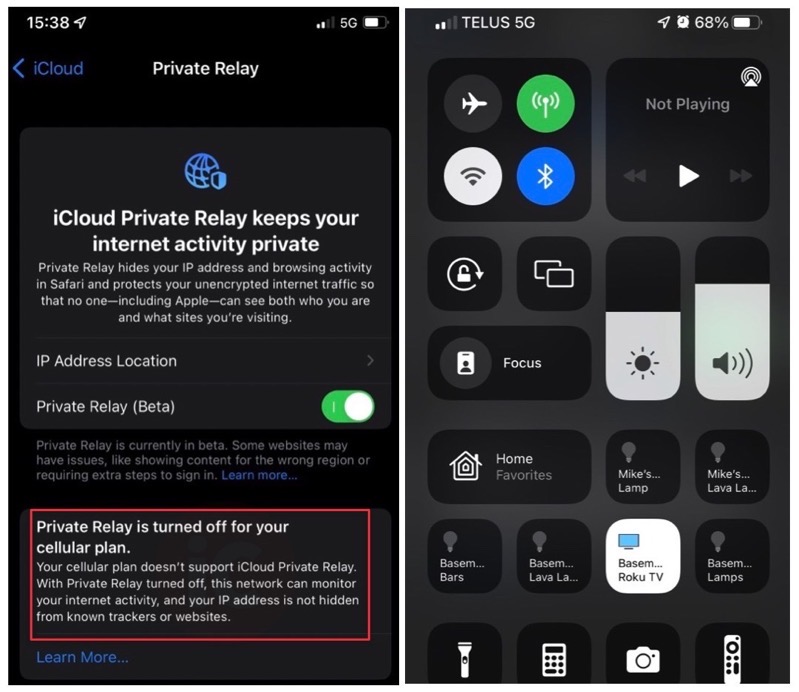 Update: This issue is not related to Telus, but instead there’s an obscure Cellular setting that needs to be toggled on, as noted by iPhone in Canada reader, Lee, below.

You might also see the option under: Settings > Cellular > Cellular Data Options

Once you enable this setting, it should fix the iCloud Private Relay error message and allow it again.

That customer probably have this turned off under his Cellular settings. 🙃

The same Private Relay error message will also show up if you disable the same option on your current Wi-Fi network. pic.twitter.com/yZ6an3aSRC

With news of some carriers in the U.S., European Union and the United Kingdom blocking Apple’s iCloud Private Relay feature, which masks your internet activity, we’re now seeing signs of a carrier in Canada doing the same.

The message continues, “With Private Relay off, this network can monitor your internet activity and your IP address is not hidden from known trackers or websites.”

I have Telus and it’s active for me. pic.twitter.com/Jdi7K9N7OQ

iCloud Private Relay is only available if you have an iCloud+ subscription. Simply put, Apple says the feature “helps protect your privacy when you browse the web in Safari.”

Apple does say that the feature is “not available in all countries or regions and is currently in beta in iOS 15, iPadOS 15, and macOS Monterey.”

Are you seeing iCloud Private Relay being disabled with your wireless plan? Which carrier are you on? We’ve reached out to Telus for more information and will update this story accordingly.