According to a report by Bloomberg, Apple is looking for store managers in six new cities across China, as the company continues to grow its outlets in the world’s most populous nation. The Cupertino giant currently gets about a fifth of its sales from the China region, which includes Hong Kong and Taiwan, with revenue reaching $9.3 billion in the previous quarter. 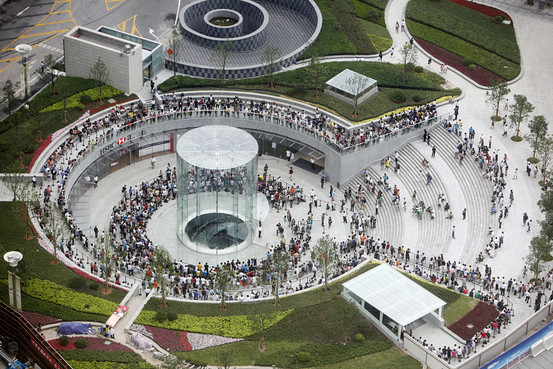 Apple CEO Tim Cook has previously announced that the company is looking to double the number of retail stores it operates in the region within two years. While fulfilling the pledge, Apple is now hiring for outlets in Tianjin, Chongqing, Wuxi, Zhengzhou, Shenyang, and Hangzhou, according to a recruitment advertisement on Apple’s website. Presently, there is no Apple store in any of these cities.

“The advertisement on Apple’s website didn’t indicate when the new stores will open. Carolyn Wu, a Beijing-based Apple spokeswoman, didn’t immediately respond to calls to her office phone or an e-mailed request for comment.

The company currently has 13 shops, including 10 on the Chinese mainland in Shanghai, Beijing, Shenzhen and Chengdu, and three in semi-autonomous Hong Kong, according to Apple’s website.”

Apple, which opened its first China store in Beijing district back in 2008, had 11 outlets when Cook announced the target to double locations.