According to Reuters, Apple’s aggressive enterprise ambitions are well underway, note sources familiar with the company’s plans. The publication says Apple has hired a dedicated sales team to target potential clients such as Citigroup, while it is also working with roughly a dozen or so developers, including ServiceMax and PlanGrid:

The iPhone maker has worked closely with a group of startups, including ServiceMax and PlanGrid, that already specialize in selling apps to corporate America. The two people familiar with the plans, but who could not speak publicly about them, say Apple is already in talks with other mobile enterprise developers to bring them into a more formal partnership.

PlanGrid is an app for construction workers to easily share and examine blueprints, while ServiceMax is an app that allows companies to easily manage field technicians to ensure they receive correct and accurate information. 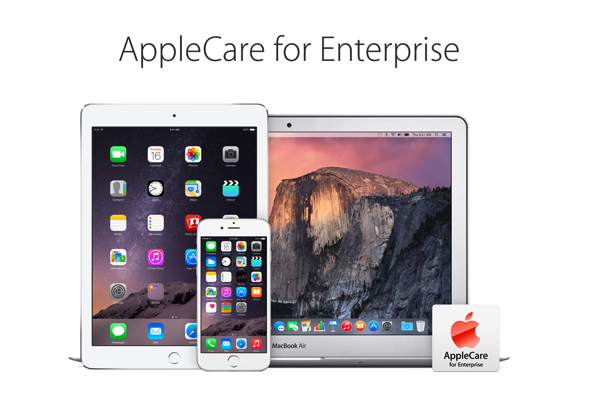 Sources say Apple’s dedicated sales teams have been in talks with numerous chief information officers, with Citigroup said to be in talks to sign onto the Cupertino company’s enterprise plans. Meanwhile, another source claims ServiceMax has co-hosted eight marketing and sales-related dinners with Apple over the past year, where roughly 25-30 chief information officers and other related executives show up per event.

Apple and IBM announced a global partnership this summer, which aims to create “a new class of more than 100 industry-specific enterprise solutions including native apps, developed exclusively from the ground up, for iPhone and iPad,” as one enterprise solution.

Apple last week announced its AppleCare for Enterprise website, which detailed how 24/7 phone and email support, along with one business day wait times for on-site service from IBM Global Technology Services.