Apple’s Services Business To Reach the Size of a Fortune 100 Company Next Year, Says CEO

Apple’s stock price usually drops after reporting its quarterly earnings, but this isn’t the case today following its Q3 earnings call: despite reporting declining iPhone sales for the second straight quarter the 40.4 million units have apparently kept investors happy. The iPhone accounts for about two thirds of Apple’s revenue. 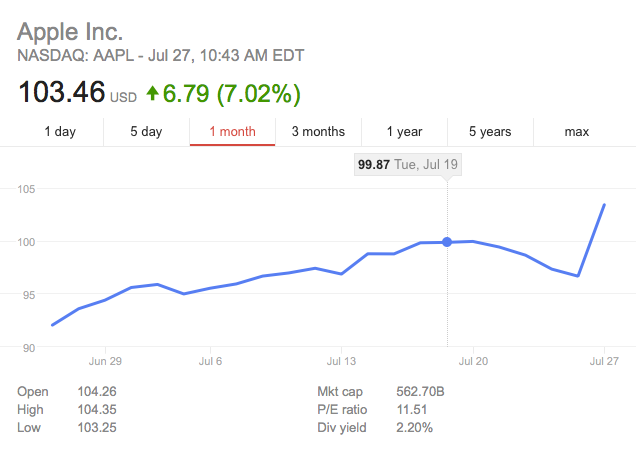 What raised interest, though, is the growth reported for Apple’s services. During the earnings call with investors, CEO Tim Cook said this segment will be “the size of a Fortune 100 company next year.” The services business includes the Apple Store, Apple Pay and iCloud.

Analysts point to the company’s huge installed base — more than 1 billion devices sold to date — as a possible source for growth. The catch is that services promise a recurring revenue stream, unlike hardware sales, analysts say as cited by Reuters.

“The growing iPhone installed base could enable Apple to grow its higher-margin services business through additional iTunes, apps and software sales, as well as through services such as Apple Pay and Apple streaming music service,” Canaccord Genuity analyst Michael Walkley said.

During the call Tim Cook and CFO Luca Maestri highlighted the growth of App Store sales, which were up 37% in the quarter with games accounting for the majority of purchases. “The App Store is, and we suspect will remain, the fastest-growing and highest-margin (Apple) business for the foreseeable future,” Macquarie analyst Ben Schachter said speaking with Reuters.