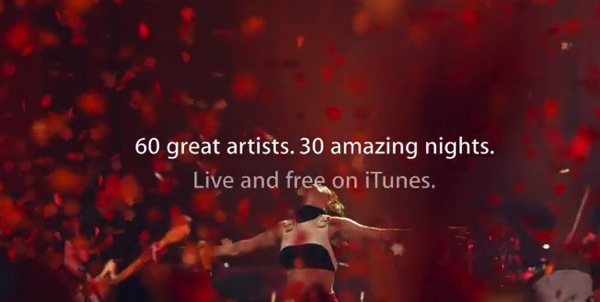 Apple this evening has uploaded a new video to its YouTube channel called “Moments” which highlights footage from its 2013 iTunes Festival, the annual music event which features 30 consecutive nights of free music, streamed live through the iOS app, in iTunes or on Apple TV.

Justin Timberlake headlines the eve of the festival’s final night, the day before his new album The 20/20 Experience 2 of 2 releases (currently free for streaming in iTunes), while Katy Perry will close out the 2013 event.