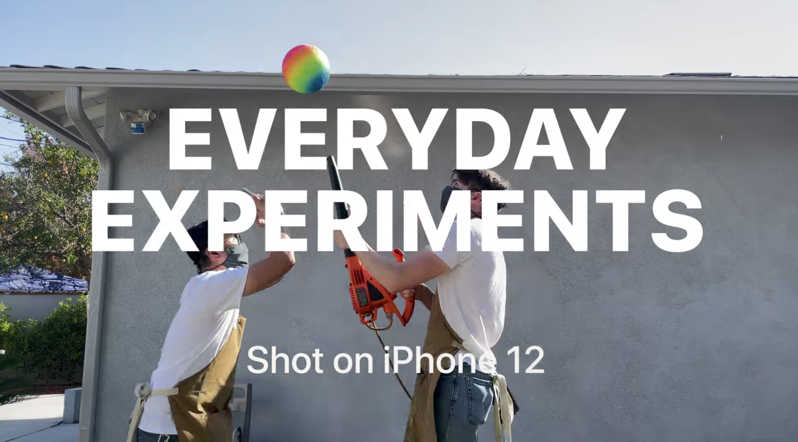 “All it takes is the #iPhone12 and a different perspective to turn the everyday into something extraordinary,” says the commissioned video, again made by Donghoon J. and James T. of Incite.

“Try these simple experiments yourself, or use them as inspiration to create incredible visuals from the stuff you already have in the cupboard,” says Apple.