Apple tops the corporate world in solar power procurement as of the end of last year, says an industry trade group. 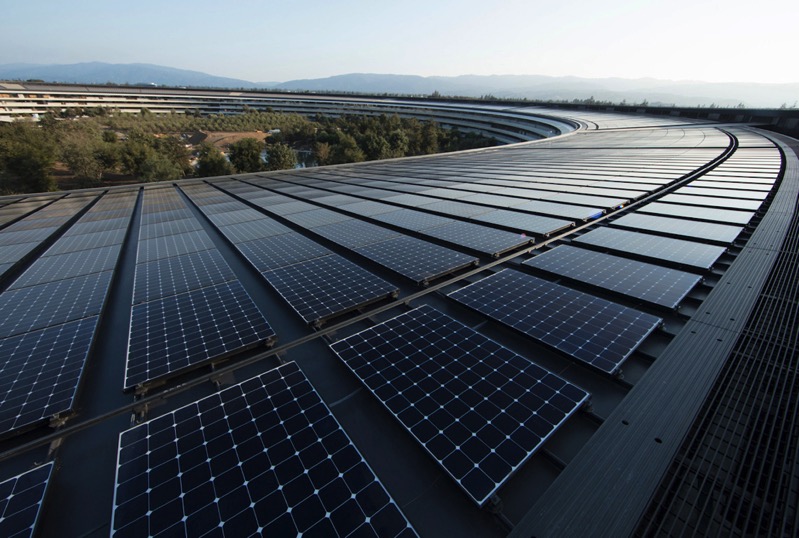 According to a new report from the Solar Energy Industry Association, several major corporations are making good progress in converting their energy sources to renewable energy. Leading the pack is Apple, which has made major strides when it comes to solar power.

The group ranks the iPhone maker as the number one buyer of corporate solar energy with almost 400 megawatts of installed capacity. It’s part of a growing trend toward buying corporate solar, which has driven down the cost of installations for future buyers.

Last year, Amazon was in the first position in solar energy usage due to its AWS business. Amazon has a total solar energy-generating capacity of 329.8 megawatts while third-place company, Target, has 242.4 megawatts.

In 2018, Apple announced that its entire global operation is powered by 100% renewable energy sources, it specifically gained the top spot for solar because of what SEIA describes as “a 130MW off-site project that came online in California.”

The SEIA pointed to earlier and later milestones too:

The company’s data centers have been powered by renewable sources since 2014, and since 2011, all of Apple’s renewable energy projects have reduced greenhouse gas emissions (CO2e) by 54 percent from its facilities worldwide and prevented nearly 2.1 million metric tons of CO2e from entering the atmosphere. Apple Park, Apple’s headquarters in Cupertino, is the largest LEED Platinum-certified office building in North America. It is powered by 100 percent renewable energy from multiple sources, including a 17-megawatt onsite rooftop solar installation and four megawatts of biogas fuel cells, and controlled by a microgrid with battery storage.