In the light of latest proprietary data collected by UBS Research, analysts believes that Apple may have sold approximately $43.4 billion dollars (Updated) of iPhones in three months ending December 31, 2014. As pointed out by The Loop (via OM Malik), Apple’s focus is and has been on the iPhone for quite a while. “Let’s not forget the record Mac sales over that period of time, though. Perhaps it’s the halo effect, but the Mac is doing better than ever”, as Jim Dalrymple puts it. 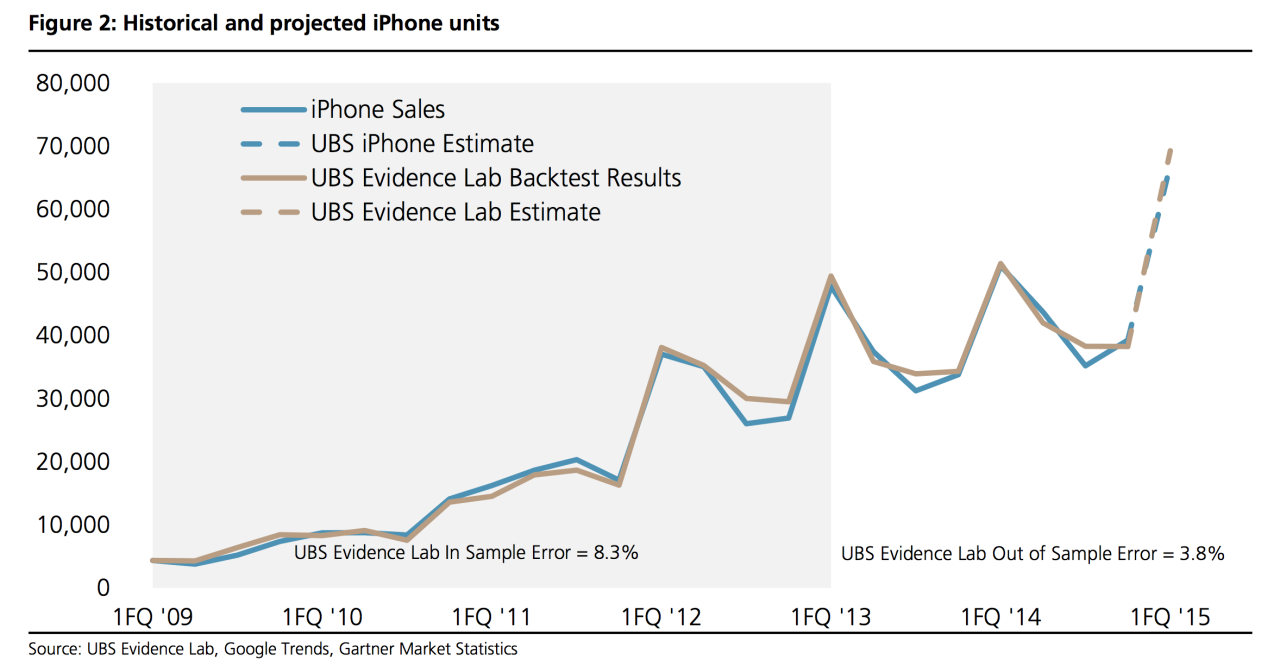 According to OM, the $43.4B iPhone sales account for roughly 34 percent of Apple’s total sales for the three months ending in December. It explains everything about the company, he says, “its priorities and why it is starting to show signs of wear and tear across its other product lines”. “In many ways these are the best of times for Apple — I mean $43.4 billion of iPhones sold in just three months — and they are also the worse of times”.

“The gist of the report is that during the three months ending December 31, 2014, there was a consumer demand (sell-through) of 69.3 million iPhones. Apple in comparison reports sell-in. In other words, the demand for Apple’s iPhone 6 and 6+ is pretty strong. UBS estimates that in the period stretching from October 1, 2014 to December 31, 2014, Apple had a sell-in of 67 million iPhone units and a total revenue (from all product lines) of $68 billion. iPhone alone would account for about $19.7 billion in sales for the December quarter”.

The report also highlights that China alone could constitute as much as 35% of shipments in the quarter compared with 22% a year ago.

Update: the math actually works out to over $40 billion as pointed out by Eric Slivka

@om Don’t understand where $20bn number comes from…67 million iPhones would be ~$40bn. iPhone is routinely over 50% of total Apple sales.