Apple Launches ‘Start Something New’ Campaign on its Websites 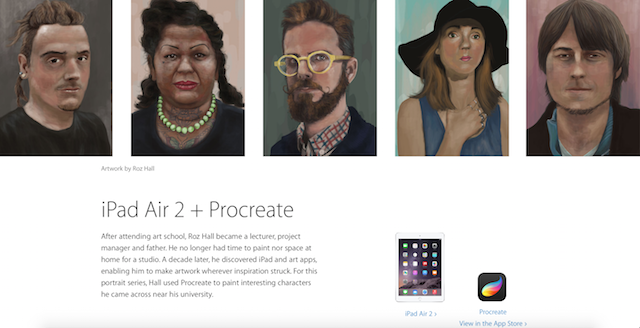 Apple has started a new campaign titled ‘Start Something New‘ on its websites across the globe, including the U.S., Europe and Asia, in an effort to showcase and highlight its latest products and various apps used to create unique art and photos. As noted by MacRumors, the campaign debuted on Apple’s Japanese website a couple of days back and now, it is expanding to other countries as well.

Every piece in this gallery was created on an Apple product. Every brushstroke, every pixel, and every frame of film was brought to life by talented Apple users from around the world. As you explore their work, we hope it inspires you to create something new.

The new webpage highlights the iPhone 6, iPhone 6 Plus, iPad Air 2 and iMac, while the apps featured on the page include Procreate, VSCO Cam and iDraw. Apple has also included entries on individuals like digital artist Roz Hall, media artist Matt Pyke and art duo Craig & Karl. At the same time, the Cupertino company has also highlighted a number of its own software features, including exposure control on the iPhone 6 and burst mode on the iPad Air 2.

You can check out the entire section on Apple’s Canadian website at this link.