Looks like the ongoing COVID-19 global pandemic has not had much impact on the world’s richest company’s growth as Apple’s stock has seen a 1.5% rise since the market opened today to hit a new all-time high. 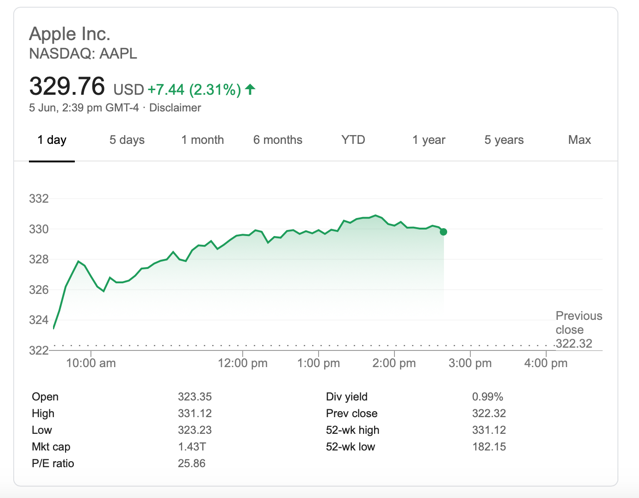 Apple’s share price broke the resistance at $327.76 at the beginning of the year and as per its current value, the company’s market capitalization has reached $1.42 trillion dollars.

Following the publication of U.S. labour market statistics, the stock markets are now growing at 2-3% on major indices. Figures show the unemployment in the country in May unexpectedly fell to 13.3% from the record since 1940 at 14.7%, although analysts had expected a jump in the indicator to almost 20%.