Eight Inc., the company behind the design of the Apple Store, has just submitted a proposal to rebuild Notre Dame that includes an all-glass roof replete with glass spire and saints, The Telegraph is reporting. The French cathedral suffered a devastating fire earlier this year which destroyed much of its roof and the central spire. 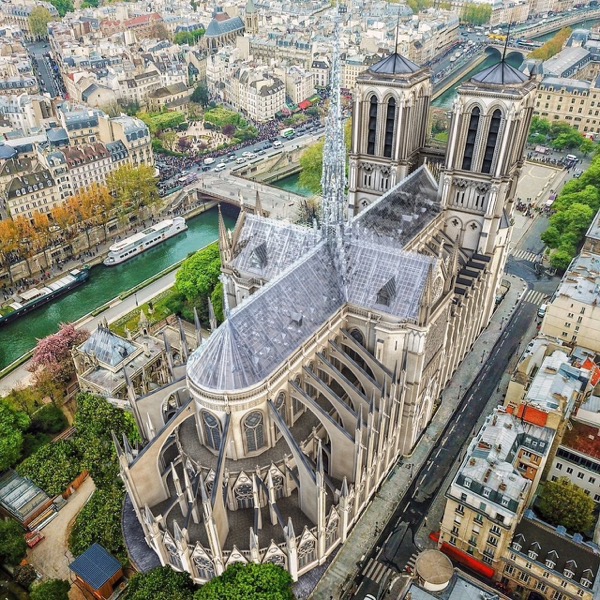 The design studio believes the redesign should be done with modern materials instead of the traditional cathedral stone architecture. The design would include structural glass, rather than standard glass, which according to the designer, had an almost “luminous” quality. 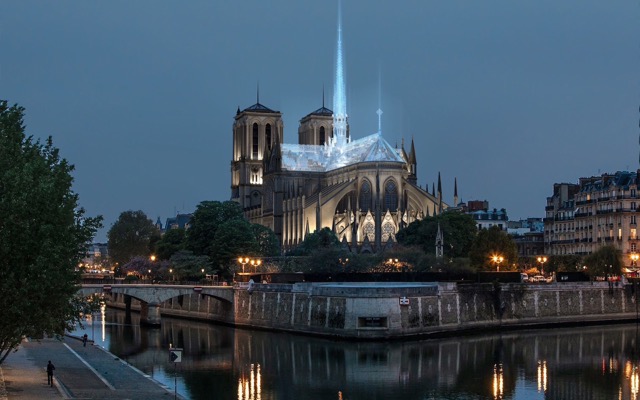 “I believe this definitive example of French gothic architecture requires a deep respect and appreciation of the history and intent of the original design,” said Tim Kobe, chief executive of Eight Inc.

The Telegraph’s design critic Stephen Bayley wrote after the fire that there should at least be some originality in the new design.

“It would be a travesty to rebuild a badly damaged Notre-Dame as a facsimile of the original, not least because a great cathedral is a palimpsest established over time and it is quite impossible to establish exactly what ‘original’ means,” he wrote.

France is currently considering whether to hold a design competition for the new roof, leading to several more unusual design suggestions, some of which have included calls for a giant rooftop pool and a greenhouse at the top of Notre Dame.