Former Apple retail specialist Sam Sung first had his business card go viral back in the fall of 2012, for his unique name, which sounds exactly like Apple’s smartphone rival.

The former employee from Vancouver’s Pacific Centre Apple Store put his Internet ‘fame’ to use recently as he auctioned off an old business card, along with a work t-shirt and lanyard on eBay, in an effort to raise money for the Children’s Wish charity.

After news broke of his charity efforts, fake bidders pushed the highest bid totals to well over $80,000. Sung realized some of these bidders might not be genuine, so he explained “After reaching out to all of the bidders, and receiving no response from many of them, I have removed most of their bids. The auction is now at a more “sensible” level.” 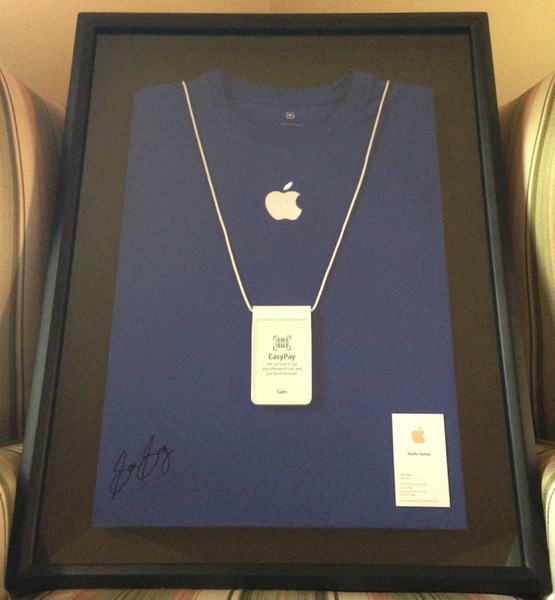 The final auction price ended at $2,653, after 78 total bids, ending this past Friday evening. Great to see the former Apple employee putting himself out there for a great cause. Finally, we can finally praise Sam Sung for doing something original.