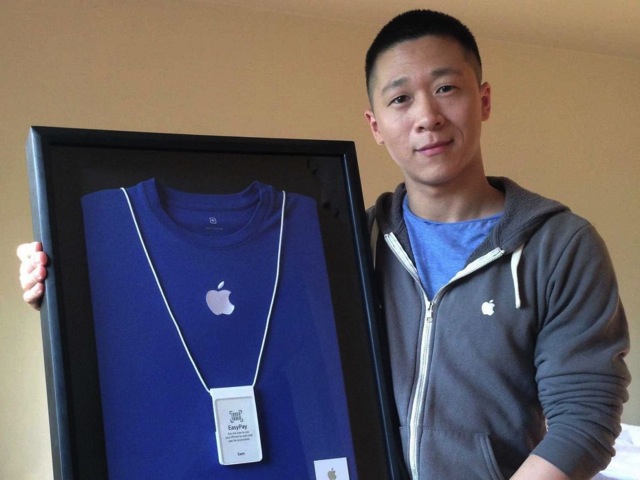 Former Apple Store employee named Sam Sung, who used to work at the Pacific Centre retail location in Vancouver and quit Apple to work for a corporate recruiting firm in December last year, is now offering up a framed, autographed presentation of his Apple Store shirt, name tag, and business card on Ebay for charity, Business Insider is reporting.

“I had a great time working for Apple and would recommend it to anyone. I hope my old business card will go to another fellow Apple enthusiast with a sense of humour and the desire to help raise some money for a good cause. Although the auction is for my business card alone, I have framed it alongside my old uniform [as seen in the picture] and I will arrange to courier it [frame, t-shirt and lanyard INCLUDED] to you. Good luck.”

The bidding starts at $1 and winner will also need to pay a shipping charge of $70. All money earned from the auction will go to Children’s Wish, an area charity that grants wishes to kids with life-threatening illnesses.