Apple is set to open a new retail store in Markham, Ontario, as confirmed via job postings on the company’s website and external sites such as Monster.ca. The latter explicitly states a new store is coming:

We will be opening a new Apple Store in Markham, Ontario. We are currently accepting applications for all open positions. 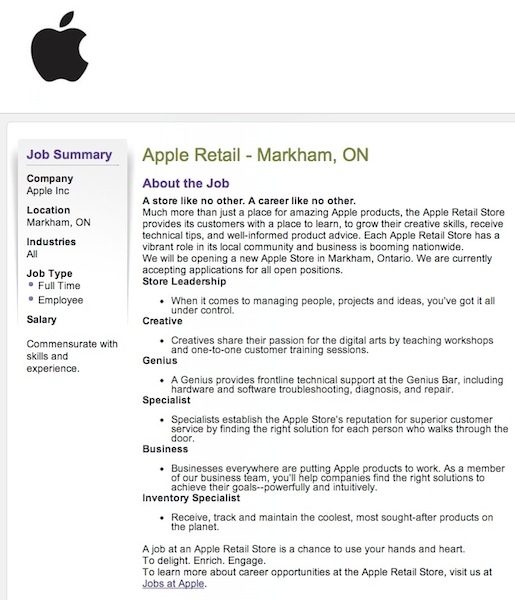 Also, Apple’s website confirms the new store as its retail page states new retail opportunities are coming to Markham, along with Surrey (which we first told you about last month). As you can see below, various positions are available for the store, which were posted today: 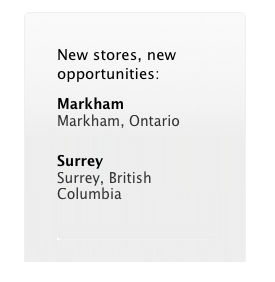 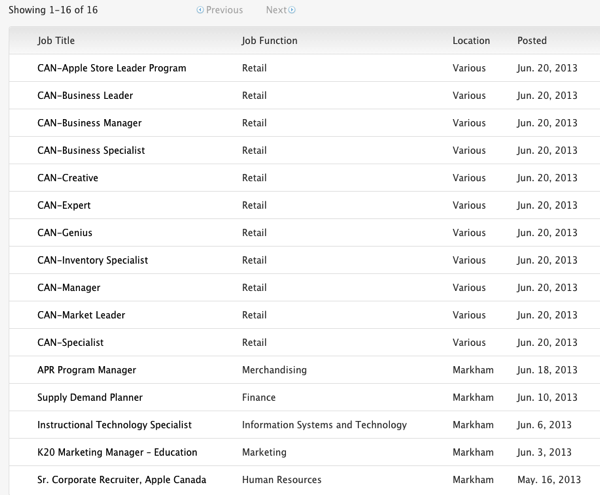 This Markham location will mark the 12th Apple retail location in Ontario. As for a possible location, one would presume it would pop up in Markville Shopping Centre, the largest mall in the city. If you’re on the ground in Markham, let us know if there are retail vacancies in the mall or ‘black boards’ put up.

Update June 20: Looks like this store will be inside Markville Shopping Centre, as the following images provided by @oneinfniteloop show the black walls up inside the mall and a sneak shot of the construction progress inside: 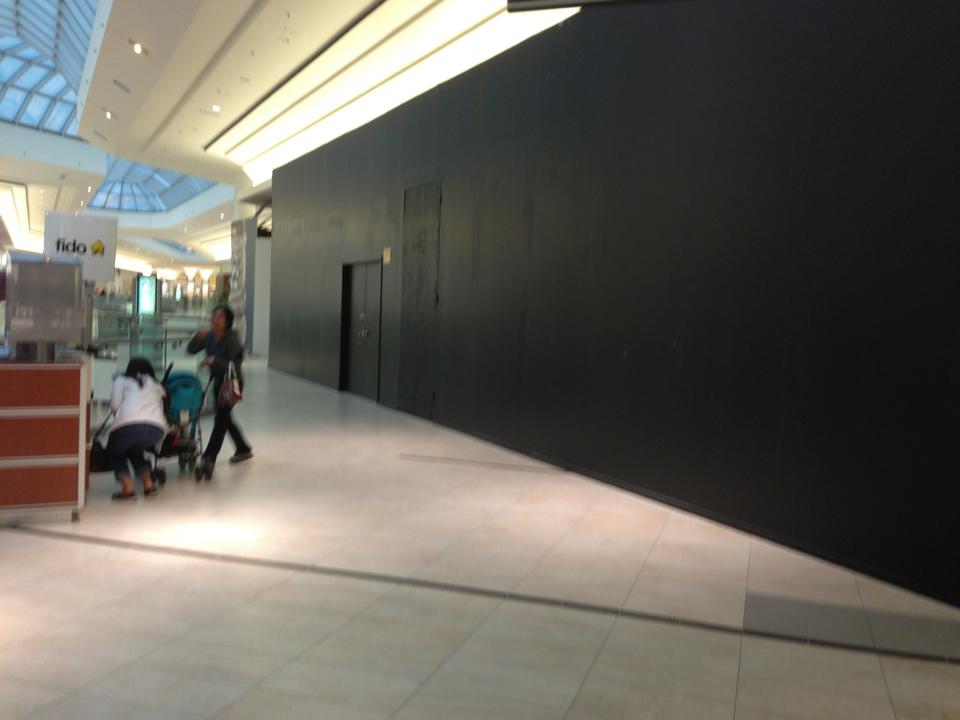 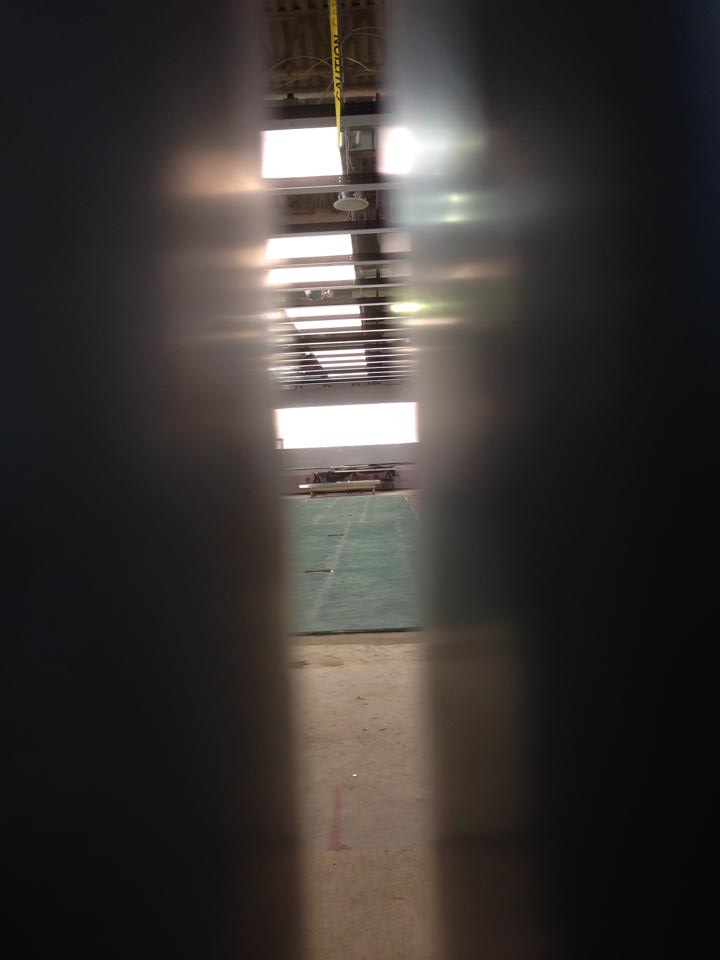