Apple’s online store has launched a new category for Accessibility accessories, offering a variety of items compatible with iPhone, iPad and Mac, reports Amvsement (via 9to5Mac).

The Accessibility category has sub-categories for accessories geared towards Vision, Physical & Motor Skills and Learning & Literacy. 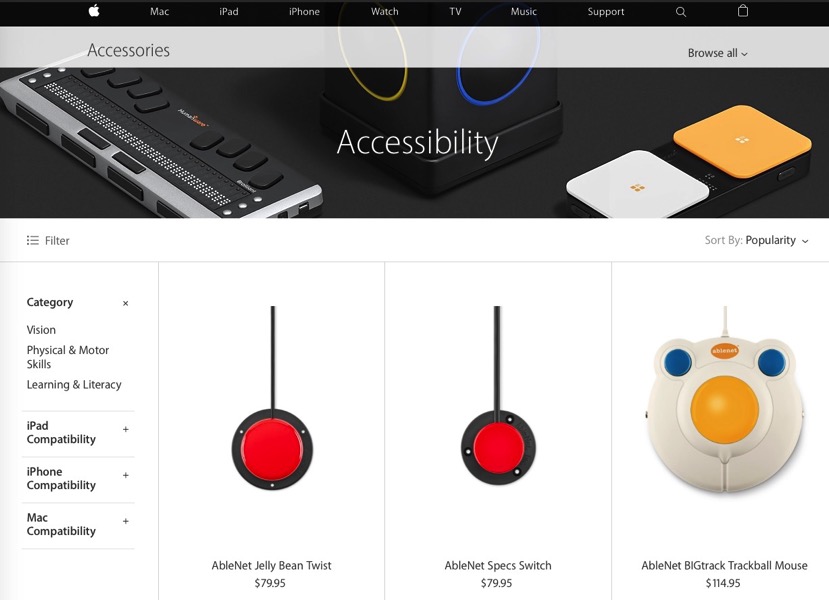