Apple Stores to Sell New Apple TV on Friday in U.S., Likely Canada Too [u]

Mark Gurman from 9to5Mac has learned U.S. Apple Stores are set to sell the new Apple TV starting this Friday:

Now, we’ve learned that Apple is planning to begin selling the new set-top-box at its retail stores this Friday. Apple retail employees say that stores are beginning to receive shipments to sell at the end of this week, while stores will be re-organized overnight on Thursday to promote the new Apple TV in stores on Friday. 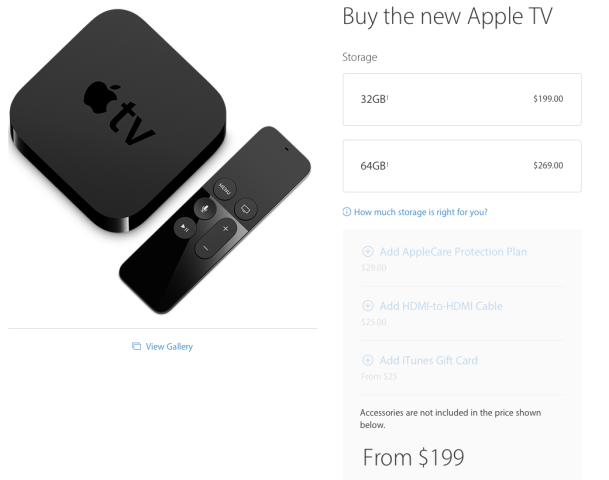 We asked Gurman if this would be similarly the case for Canada, but he was unable to say for certain. Looking back at previous Apple product launches, specifically Apple Watch and iPhone 6s, we had the same launch days as the U.S., which we believe would be the case for the 4th generation Apple TV, as online sales launched at the same time too.

Update: We’re hearing Best Buy stores will most likely sell the new Apple TV in-stores on Friday, while Apple retail stores we’ve spoken with are saying it’s best to call at the end of the week (some are also saying they’re “on the way”).