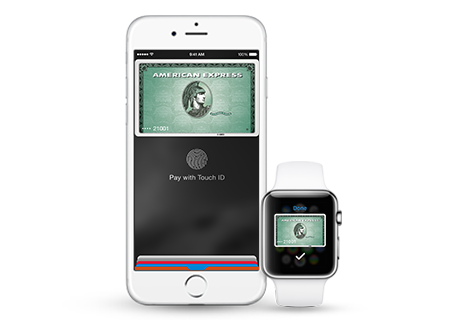 Citing anonymous sources, Bloomberg reports that Apple has allegedly reached an agreement with China UnionPay in an effort to launch Apple Pay in China.

Details of the agreement are yet to be finalized, pending feedback from banks that issue cards, said the people, asking not to be identified as the matter is private. Shanghai-based UnionPay, the nation’s largest payment and clearing network, aims to introduce Apple Pay as soon as next year, one of the people said.

According to the sources, the deal will help UnionPay and Chinese banks fend off increasing competition from other players such as Alibaba and Tencent, who offer AliPay and TenPay. Cumulatively, these two account for 64% of the electronic payments market in China, according to data from Analysys, as cited by the Wall Street Journal.

The agreement gives Apple access to more than 5 million NFC-enabled POS (point-of-sale) machines in China. However, the terms of the deal are yet to be finalized, and you may recall from earlier reports that fees are among the key negotiation topics, and have yet to be ironed out.

WhatsApp has finally introduced a new feature that makes it easier to message yourself, by allowing you to send notes, reminders, and shopping lists to yourself for easy access (via TechCrunch). The feature called ‘Message Yourself’ is set to reach all iPhone and Android users in the coming weeks. The feature was previously being tested by select beta users,...
Usman Qureshi
8 mins ago

Apple has shared a handy new tutorial on its YouTube support channel, detailing how iOS 16 lets you use a Memoji sticker as your profile picture in Contacts. You can easily create a Memoji in iOS to match your personality and mood, and then send it in Messages and FaceTime. With a compatible iPhone or iPad...
Usman Qureshi
23 mins ago