Apple has shared details on changes its suppliers have been making to avoid impacting their environment. 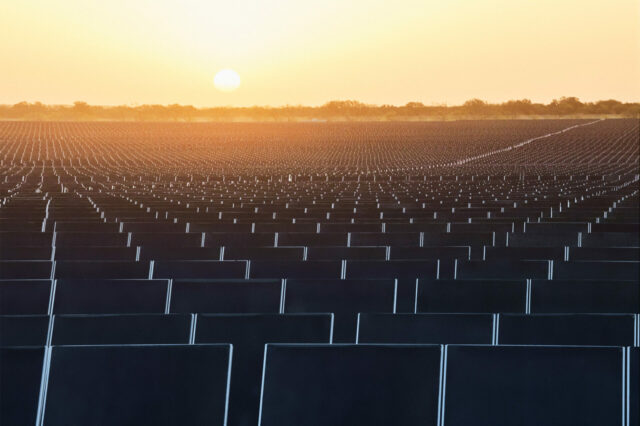 Apple has today announced that its suppliers were able to avoid 13.9 million metric tons of carbon emissions throughout 2021 while also more than doubling their use of clean power.

The news, shared via a Newsroom post today, notes that Apple is “constantly working with its global supply chain to accelerate and support its transition to clean energy.”

“As of today, 213 of the company’s major manufacturing partners have pledged to power all Apple production with renewable electricity across 25 countries,” reads the post. “The dozens of new commitments announced today will accelerate progress toward Apple’s 2030 goal to become carbon neutral across its entire supply chain. Apple has been carbon neutral for its global operations since 2020.”

Clean energy commitments have been made by 213 of Apple’s manufacturing partners, totaling nearly 16 gigawatts of clean power in the coming years. To support businesses in their transition to clean power, the iPhone-maker shares data and offers training materials with market-specific information.

“We are proud that so many of our manufacturing partners have joined our urgent work to address the climate crisis by generating more renewable energy around the world,” said Lisa Jackson, Apple’s vice president of Environment, Policy, and Social Initiatives. “Clean energy is good for business and good for the planet. By sharing what we learned in our own transition to renewables, we are helping point the way to a greener future.”

Apple suppliers based in the United States, including DuPont, Micron Technology, Solvay and Corning are committing to clean energy. Additionally, Apple is investing directly in US green energy projects, including the 2,300-acre IP Radian Solar project in Texas, which will generate 300 megawatts of electricity once construction is completed later in 2022. Apple made this investment to help mitigate the electricity customers use to charge their Apple devices, which represents 22 percent of the company’s gross carbon footprint.

Apple works in a myriad of ways to support suppliers in making the change, including providing training materials geared to each country, direct investment in solar energy generation, help with policy advocacy, and more. This also includes the China Clean Energy Fund, launched back in 2018.

“The China Clean Energy Fund is a partnership between Apple and several of its suppliers to produce at least 1 gigawatt of energy through renewable means,” reads the report. “Apple says that it and 10 initial suppliers will jointly invest $300 million over four years to develop clean energy projects.”