Check out Apple’s Surprise Gift Unboxing by an iPhone Photographer 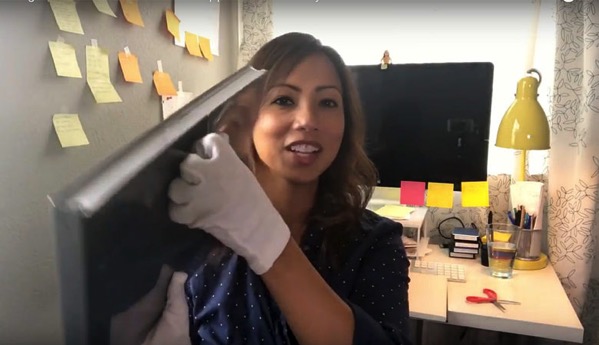 iPhone photographer Cielo de la Paz recently received a surprise gift from Apple, which is a new book produced by the Cupertino company featuring the photographers from the “Shot on iPhone 6s” campaign. The photographer, who had a picture selected for Apple’s Shot on iPhone marketing campaign for the second-straight year, has shared her first look at the book in an unboxing video (via Cult of Mac).

In addition to compensation for use of the photos for the campaign, Apple surprises the photographers with a coffee table book displaying photos selected for the Apple World Gallery. The recognition de la Paz received from the first campaign led to freelance photo opportunities, requests to teach iPhone photography in an online video series for Skillshare and increased her followers on Instagram.

Apple selected her photo of her reflection in a rain puddle for the 2015 campaign, while in 2016, a photo she made of her son in a cornfield was picked up.

Check out the unboxing video below and share your thoughts in the comments section: