A U.S. court order issued in a crime investigation case earlier this summer demanded that Apple should turn over, in real time, text messages between suspects using iPhones. However, Apple had responded that its iMessage system is encrypted to protect their customers’ information, which is why the company was unable to comply. Similarly, other tech companies, including Google, have embraced similar encryption of text messages. Now, the New York Times is reporting that the Justice Department is engaged in another court dispute with another tech company, Microsoft. 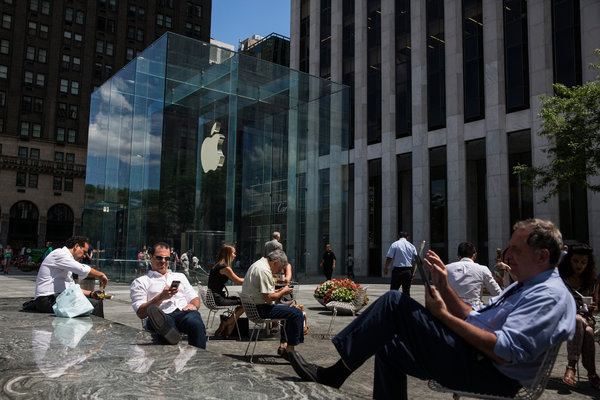 The case originally began when Microsoft refused to comply with a warrant in December 2013 for emails from a drug trafficking suspect. The company had said that federal officials would have to get an order from an Irish court, because the emails were stored on servers in Dublin. The source notes that after months of study, the White House has yet to articulate a public response to the argument that a victory in the Microsoft case would provide governments like those of China and Russia, with a way to get access into computer servers located in the United States.

“Clearly, if the U.S. government wins, the door is open for other governments to reach into data centers in the U.S.,” Brad Smith, Microsoft’s general counsel, said in a recent interview. Companies and civil liberties groups have been sending in briefs of their own, largely opposing the government’s surveillance powers.

[…] Apple, Google and Microsoft are now working to reassure customers around the world that they are fighting efforts to give the United States government access to their communications. The businesses say they are seeing greater demand than ever for built-in encryption — including the new operating system Apple introduced last year for the iPhone, which James B. Comey, the F.B.I. director, and other government officials have denounced as endangering efforts to thwart criminals and terrorists.

Officials say a court fight with Apple is still an option, though they acknowledge it would be a long shot.

Apple unveiled its new HomePod second-generation last month, with the smart speaker going on sale in Canada last week. We're seeing the first teardowns of Apple's 2023 HomePod hit the web now, with YouTuber Brandon Geekabit recently sharing his disassembly of the device. On the outside, the new HomePod has a similar physical footprint to...
Nehal Malik
26 mins ago