Apple to Bring USB-C Support to AirPods and Mac Accessories by 2024: Gurman 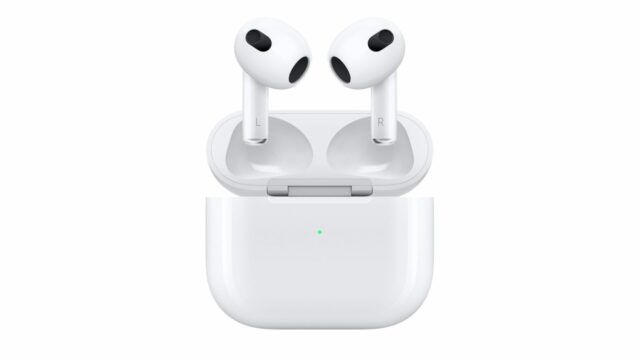 Apple is believed to be gearing up to make the transition to USB-C for its AirPods and many Mac accessories. News of this comes off the heels of the European Union approving a mandate to see new smartphones, headphones, and tablets utilize the “common port” by 2024.

In order to comply with the regulations, Bloomberg‘s Mark Gurman believes that Apple will be bringing USB-C support to the next generation of AirPods, AirPods Pro, and AirPods Max by 2024. However, Gurman also believes that Apple’s plans for further USB-C integration may come as soon as next year. In a recent report, it’s claimed that Apple is looking to integrate the charging port into Mac accessories like Magic Keyboard, Magic Mouse, and the Magic Trackpad.

This change to its accessory lineup may come as soon as 2023. Gurman believes that this substantial transition may be kickstarted by Apple’s refresh of the Mac lineup. With a new Mac and Mac Pro believed to be on the way, their respective releases may come with USB-C-supported accessories. “It’s a safe bet that those accessories will move to USB-C in their next incarnation,” Gurman states.

Last week, the European Union approved the mandate that requires new pieces of personal electronics to support USB-C by late 2024. As a means to cut down on e-waste, hardware manufacturers like Apple, Samsung, Huawei, etc. will be forced to comply. Although the mandate has not been signed and made law, Apple may be taking its steps towards readying itself for what seems to be inevitable.

It’s also believed that by next year, iPhones could also support USB-C by 2023. Apple analyst Ming-Chi Kuo believes that the iPhone 15 will take the leap away from the Lightning connection in exchange for USB-C.

While further support of USB-C appears to be a guarantee in Apple’s future, all of this may be temporary. Gurman also strongly believes that inductive charging is the next major milestone for Apple. While unconfirmed on a year, Gurman states Apple is working towards further wireless charging support for iPhone and iPad “at some point in the next few years.”