According to a new report by 9to5Mac through an anonymous source, Apple is going to release a redesigned Apple Store app on July 23rd, as part of its efforts to push iPhone sales. The updated app is reported to offer free iTunes content, in addition to offering a new interface which will be more in line with the UI of App Store, iTunes and iBookstore stock apps in iOS 6. 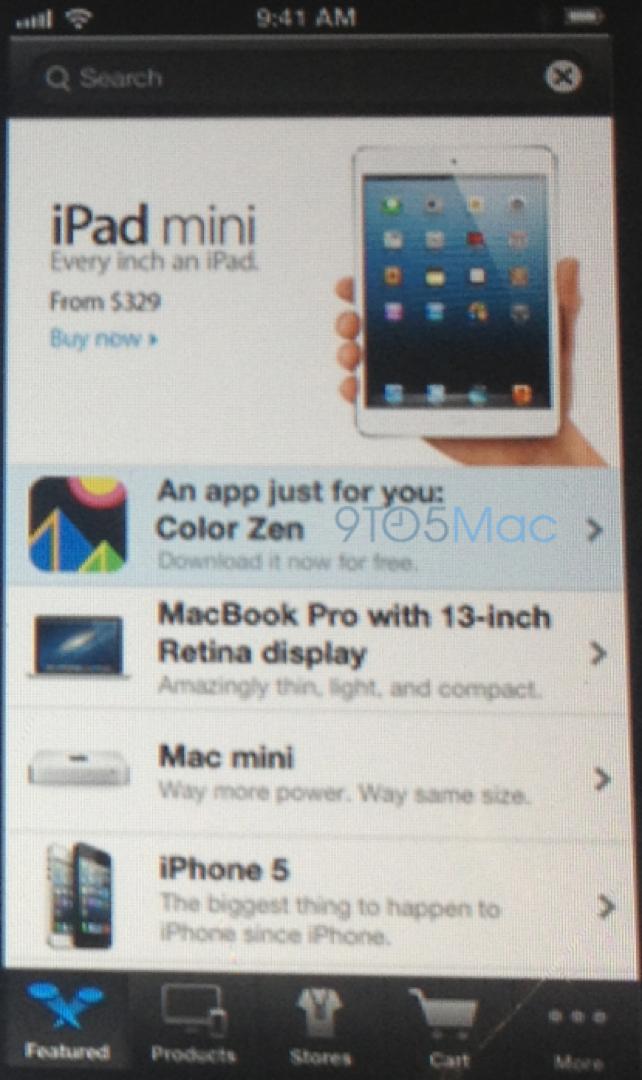 As shown in the leaked photo above, the updated Apple Store app will offer free downloads to paid content for a limited time, in order to promote content from the other three Apple stores. The source claims that Apple intends to to boost content sales with this new feature, raising awareness about Apps, iTunes, and iBooks content. Furthermore, sources believes that the updated Apple Store app will ‘go hand-in-hand with a new initiative’ in Apple Retail Stores.

“When a new iOS Device is sold, Apple employees will be encouraged to install the new Apple Store app on the newly purchased device. According to comments from Tim Cook at last month’s secretive summit for Retail Leadership, only 20% of Apple customers are aware of the Apple Store app’s existence. This new plan will certainly increase that percentage.

In turn, more customers will be exposed to Apple’s direct sales channels. Indeed, sources say that it is no coincidence that the Apple Store app was recently updated with a push notification feature for when a user is eligible for an iPhone upgrade”.

There is however still no word whether the updated Apple Store app will natively support the iPad’s larger display or not.