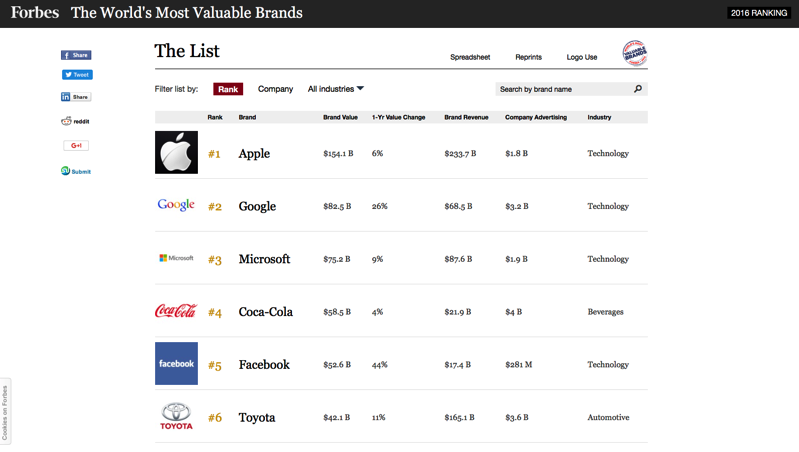 Despite its drop in iPhone sales and a slowdown in China that sent its stock price down following the recent earnings report, Apple has once again topped Forbes’ list of the World’s Most Valuable Brands.

Forbes’ annual study valued Apple at $154.1 billion, which is 87% more than the second ranked Google. This is the sixth straight year that Apple continues to dominate the most valuable brands since Forbes started evaluating them in 2010.

The consumer tech industry is where brand matters and Apple continues to dominate it, the Forbes study reads. To put that into numbers and cash: “Revenue fell in the latest quarter, but the release of the iPhone 7 will certainly have fans of the brand lining up for hours outside stores in the fall ahead of the unveiling. The adulation helped the company generate $53 billion in net income last year,” writes Forbes’ Kurt Badenhausen. 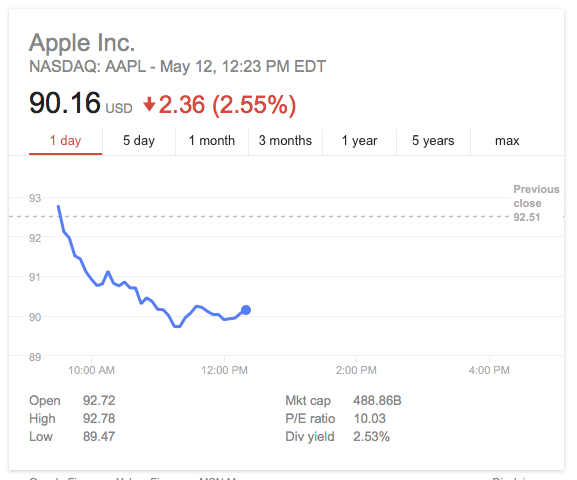 As of writing this article, Apple’s stock price is down to $90.16 which pushed the company’s market cap below $500 billion this morning for the first time in two years. As a result, Google’s parent company, Alphabet has likely surpassed Apple in terms of market cap for the second time this year.