The time all investors have been waiting for has come: Apple has finally announced financial results for its fiscal 2016 second quarter, which ended in March. The numbers speak for themselves: Apple reported sales of 51.1 million iPhones, revenue of $50.6 billion, and sales generated net profit of $10.5 billion in the first three months of 2016. 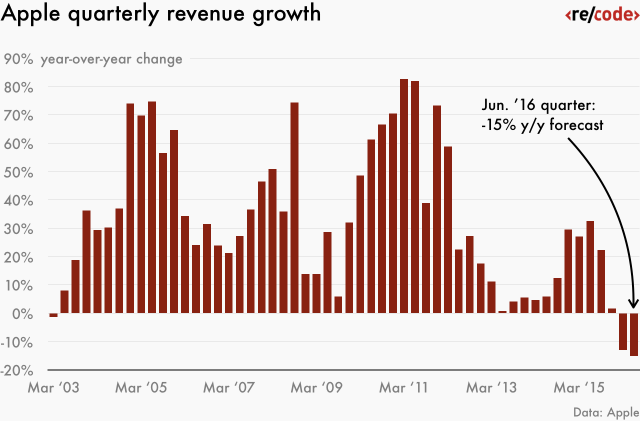 Three months ago, when Apple reported record fiscal first quarter earnings, it warned investors that the second fiscal quarter would be lower than usual: The guidance issued for this quarter was cautious, with estimated revenue between $50 billion and $53 billion.

“Our team executed extremely well in the face of strong macroeconomic headwinds,” said Tim Cook, Apple’s CEO. “We are very happy with the continued strong growth in revenue from Services, thanks to the incredible strength of the Apple ecosystem and our growing base of over one billion active devices.”

Ahead of today’s earnings, both professional and independent analysts had warned investors that Apple would sell 53 million iPhones at most, and that the company would report its first decline in sales and profits in more than 13 years.