Formerly a staff physician at St. Michael’s Hospital, he was hired to work at Apple in a new health innovation role, commuting between Toronto and Cupertino, the iPhone maker’s headquarters in California. 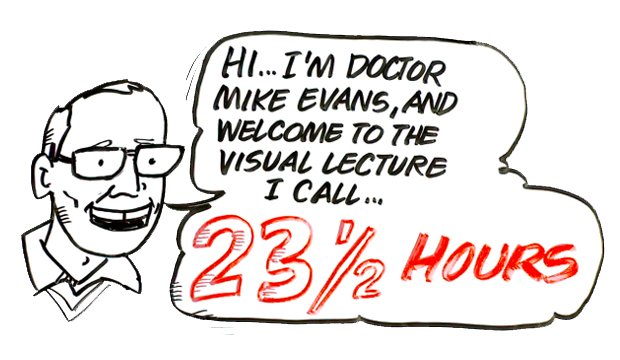 Evans said Apple had tried to hire him once before in the past, but he declined, however kept in touch, adding “They were most interested, interestingly, in how I worked with creatives.” His YouTube channel explains common medical problems on a whiteboard (imagine a YouTube “draw my life” but for health).

“I think why they are engaging me is the messaging,” Evans told Matt Galloway on CBC’s Metro Morning on Monday. “We’re searching for consistency, not perfection.”

While Dr. Evans did not explicitly state what he was working on at Apple, he did detail a scenario of what could be coming:

“In future, I’ll prescribe you an app. One of our whiteboards will drop in and explain what high blood pressure is. The phone will be bluetoothed to the cap of your pills. I’ll nudge you towards a low salt diet. All of these things will all happen in your phone. I see you two or three days a year. The phone sees you everyday.”

As for his new job with Apple, it’s challenging, he explains, saying “It’s exciting. It’s a bit nauseating and anxiety-provoking. We love Toronto but it’s a chance to live another chapter of our lives somewhere else. I’m super-excited.”

Surely, Apple has approved of Dr. Evans sharing details about his line of work with the company. Normally, when new hires start work at Apple, they remain tight-lipped and stay out of the limelight.

You can listen to Matt Galloway from the CBC speaking to Dr. Mike Evans here.