9to5Mac yesterday claimed that the new operating system running on the upgraded Apple TV will be called “tvOS”. After looking into the matter, MacRumors‘ Eric Slivka has found a series of trademark filings in various countries corroborating that claim. 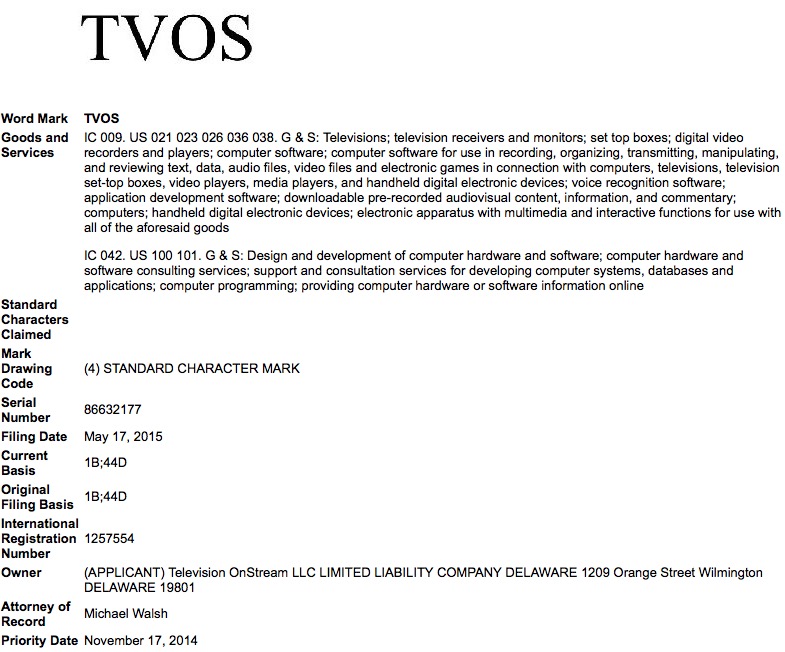 Apparently, Apple created a shell company called Television OnStream LLC, based at the Corporation Center in Delaware, just days ahead of filing for trademarks in a number of countries in May. It is worth noting that Apple (like other companies) usually turns to this tactic to hide its trademark filings.

All trademark filings cite an earlier filing date of November 2014 made in Jamaica, a country used by Apple to hide its filings, because it doesn’t publish an online database of trademark filings.

There are two things that make the filing interesting: First, the acronym used by Television OnStream LLC, “tvOS”; and secondly, the company’s choice of attorney. It used the same law firm Apple used to trademark its “watch OS” in Italy earlier this year. 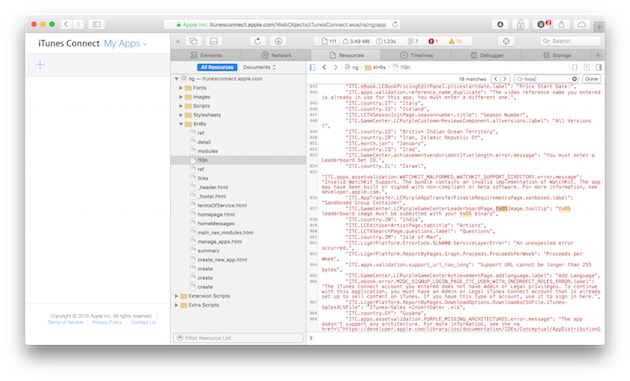 Of course, we can take this info as speculation, but in the light of current whispers and the references to “tvOS” found in the iTunes Connect interface (iGen.fr), it makes perfect sense for Apple to protect its trademark.