A new lawsuit filed on behalf of 282 plaintiffs linked to the Astroworld tragedy that claimed the lives of 10 people in Houston, is seeking $2 billion in damages from Apple, Travis Scott, Drake, Live Nation, and others, Rolling Stone is reporting. 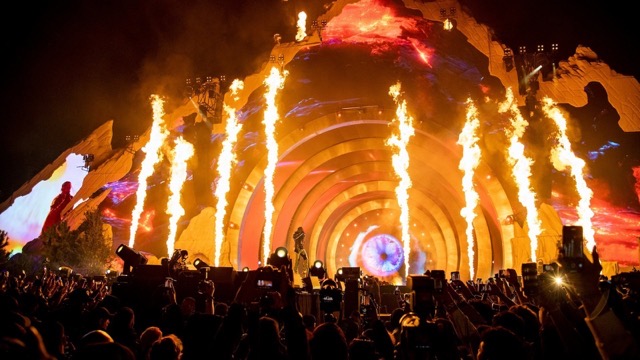 Earlier this week, a separate lawsuit seeking at least $750 million from Scott, Drake, Apple, Live Nation, and others was filed on behalf of 125 plaintiffs by lawyer Tony Buzbee. “The defendants ‘ignored’ a series of red flags and should be held liable,” said Buzbee.

Meanwhile, the new complaint from lawyer Thomas J. Henry has grown exponentially since it was first filed on Nov. 8 on behalf of a single concertgoer, Kristian Paredes.

“The defendants stood to make an exorbitant amount of money off of this event, and they still chose to cut corners, cut costs, and put attendees at risk,” Henry said in a statement Thursday. “My clients want to ensure the defendants are held responsible for their actions, and they want to send the message to all performers, event organizers, and promoters that what happened at Astroworld cannot happen again.”

Travis Scott earlier said in a Twitter post he was “absolutely devastated” that fans died in the crowd during his show at NRG Park. Similarly, Drake called the deadly concert a “devastating tragedy” in an Instagram post.

Dozens of other Astroworld lawsuits have been filed in Harris County District Court in Houston, all of which are expected to be consolidated over the next couple of months under a judge appointed by the Supreme Court in Houston.