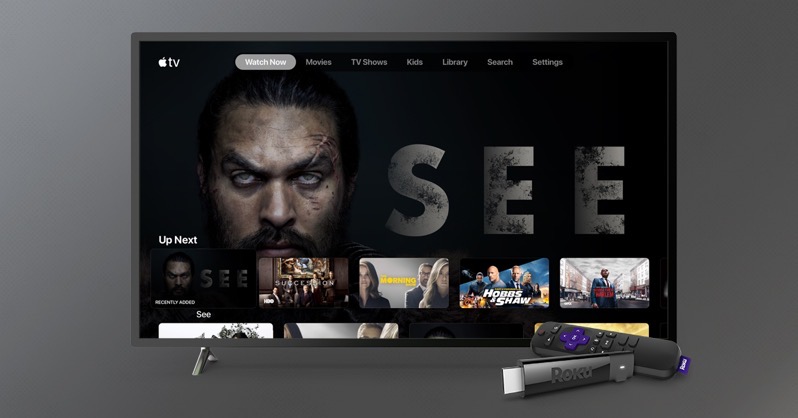 Roku has announced the Apple TV app will be launching on its platform today in Canada in both English and French, available as a download in the Roku Channel Store.

“With the Apple TV app coming to Roku, our customers will enjoy an even broader range of exciting entertainment, including the highly anticipated Apple TV+ service,” said Scott Rosenberg, Senior Vice President and General Manager of Platform Business, Roku, in an issued statement to iPhone in Canada. “Roku is a valuable partner for content providers looking to reach a large and engaged audience, and we’re looking forward to bringing this new option to Roku users.”

The Apple TV app on Roku will let Apple customers get personalized recommendations of TV shows and movies, using their Apple ID and password, along with access to iTunes to buy or rent movies, TV shows and also view previously purchased content. 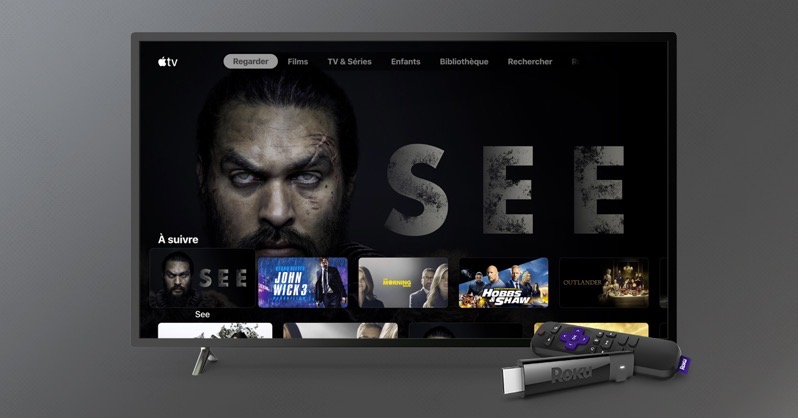 Roku says “select older” models will not support the Apple TV app. We’ll get some more info and update this post.

When Apple TV+ launches on November 1, Roku users will be able to subscribe right within the app for $5.99 CAD per month, after the free seven-day trial period.

Roku media players include streaming sticks, televisions and more, starting at $44.99 CAD from retailers like Amazon.ca. This addition means you’ll be able to easily watch Apple TV+ and your iTunes content on any television, at a price cheaper than an Apple TV.

Apple announced back at its March special event Roku would be getting the Apple TV app in the future, along with Amazon Fire TV and select televisions from Samsung, LG, Sony and Vizio.

If you have one of the following Roku devices, it will support the Apple TV app: