The YouTube channel on Apple TV has been redesigned (finally) by Google, to beef up its design and content so it now is on par with other devices such as Xbox. 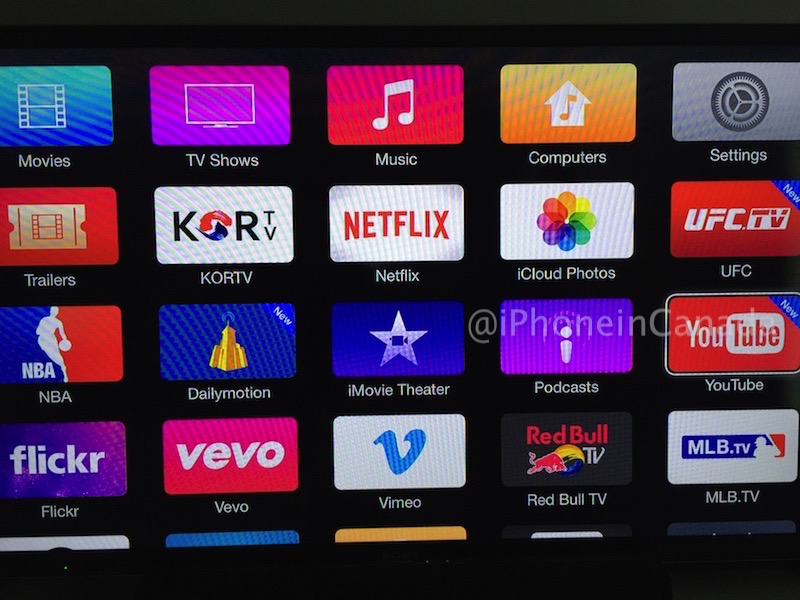 According to Re/code, the biggest change will be the addition of ads, but also means previously missing videos will now show on Apple TV. The channel also brings predictive search, which will make queries a bit easier with the Apple TV remote.

As you can see from the image below, the redesign now brings a familiar feel as users are directed to their subscriptions, trending videos and more: 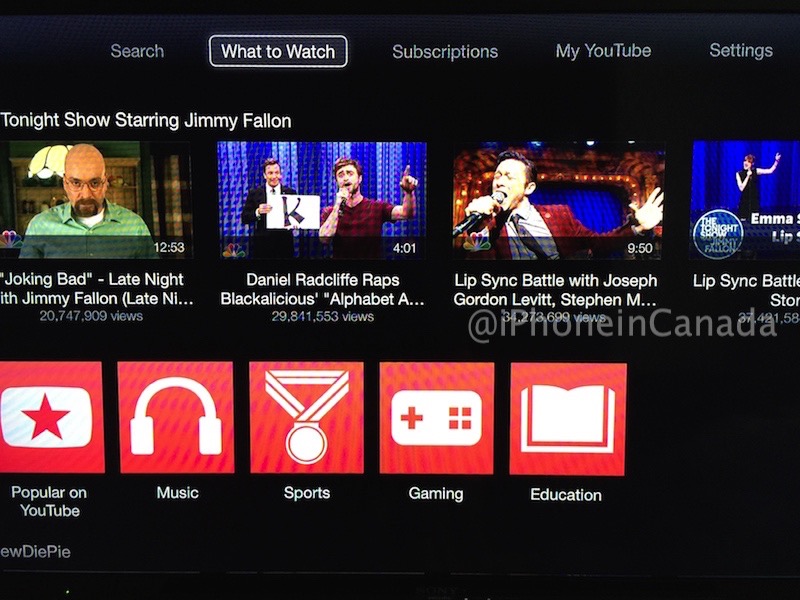 Under ‘Popular on YouTube in Canada’ we see the top video is Toronto’s UnboxTherapy and their notorious iPhone 6 Plus bend test video, which has racked up almost 60 million views: 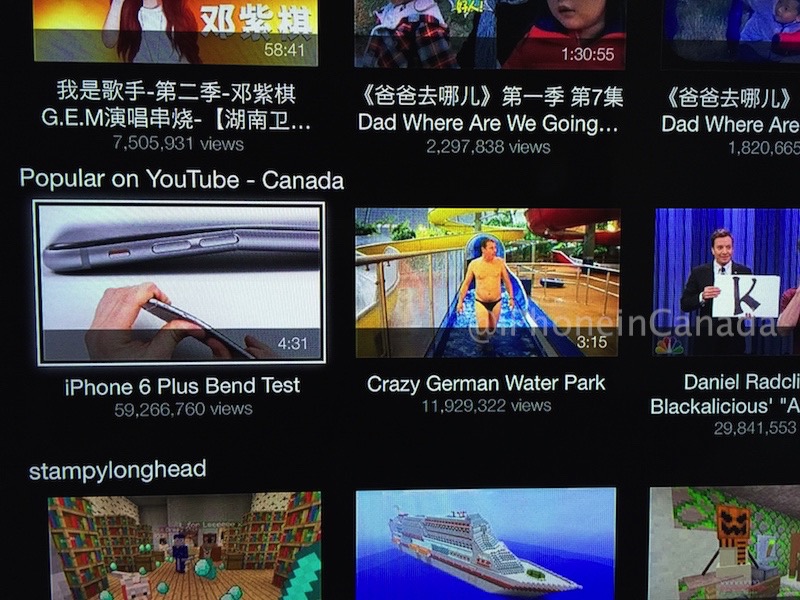 Other new channels available in Canada today include France’s Dailymotion and also UFC.TV, to give subscribers access to their $10/month ‘Fight Pass’. Users in the U.S. got Conde Nast’s ‘The Scene’ and also Fusion.