Consumer Reports‘ scientific testing has concluded Apple’s iPhone 6 and iPhone 6 Plus models are much stronger than so called “bend-gate” would lead you to believe, as they used a three-point flexural test with a high precision Instron machine. 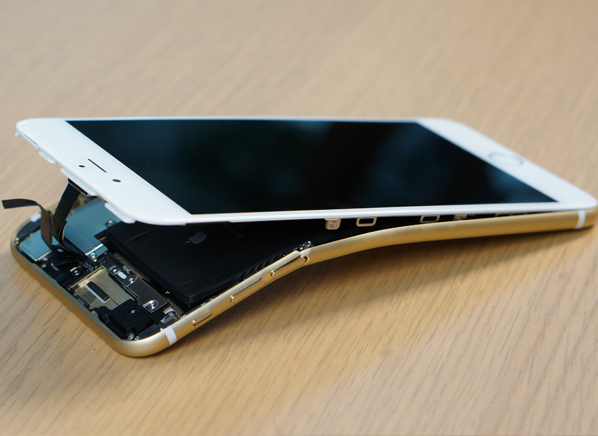 Here are their conclusions:

All the phones we tested showed themselves to be pretty tough. The iPhone 6 Plus, the more robust of the new iPhones in our testing, started to deform when we reached 90 pounds of force, and came apart with 110 pounds of force. With those numbers, it slightly outperformed the HTC One (which is largely regarded as a sturdy, solid phone), as well as the smaller iPhone 6, yet underperformed some other smart phone

Here’s the full chart of the results: 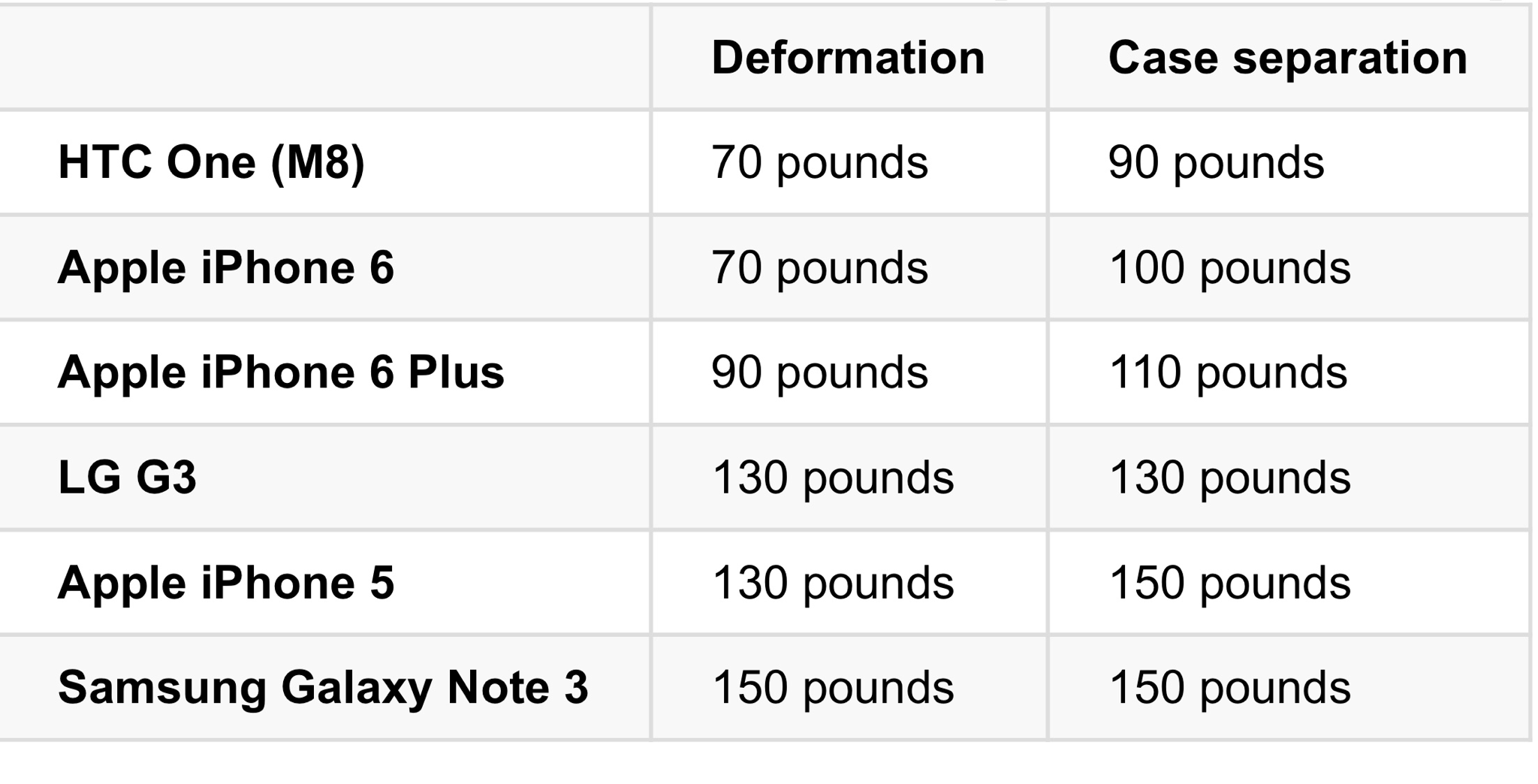 The media jumped on “bend-gate” after Canadian YouTube channel Unbox Therapy released a bend test video (some questioned its authenticity) which demonstrated an iPhone 6 Plus being bent on camera. Apple responded to the so-called controversy by inviting media to its quality testing labs to share how it performs iPhone 6 stress tests.

After being challenged to prove the iPhone 6 Plus bend test was indeed real, the channel has now posted an uncut bend test filmed in downtown Toronto in front of live fans. Check it out below:

His second test sure does show the iPhone 6 Plus bending faster than the first video.

The bottom line: treat your valuable electronics with care and bending won’t be a problem. Why? Because common sense.