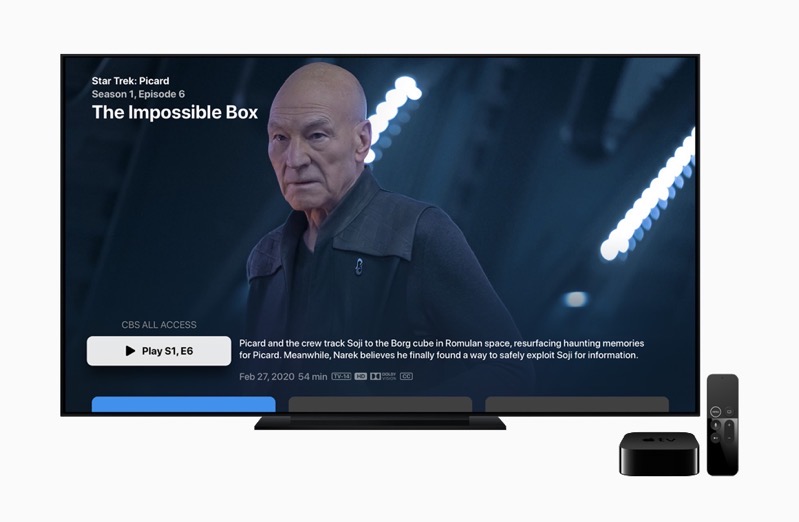 Apple has launched its first Apple TV+ bundle in the United States, signalling what could be a sign of more things to come when it comes to its services.

The new bundle in the U.S. announced this morning offers an Apple TV+ subscription with CBS All Access and Showtime for $9.99 USD per month, after a 7-day free trial, which includes family sharing for up to six family members using their Apple ID.

“Apple TV+ gives you access to award-winning Apple Originals, with more high quality series and movies being added each month,” said Eddy Cue, Apple’s senior vice president of Internet Software and Services, in a statement. “This bundle is a big bonus for Apple TV+ subscribers, giving them the best of CBS and Showtime on the Apple TV app at a great value.”

Apple says, “Through this bundle, Apple TV+ subscribers can enjoy both the CBS All Access Commercial Free plan and SHOWTIME at an incredible price.”

Also, “for a limited time,” Apple says “customers who purchase a new iPhone, iPad, Apple TV, Mac, or iPod touch can enjoy one year of Apple TV+ for free.” However, this freebie has been available since last fall and it’s unclear when it may disappear.

While Apple has a new U.S. bundle for Apple TV+, it’s unknown if a similar bundle may appear in Canada or not. But it’s a sign the company is working with TV networks to add more value to Apple TV+, which has a library smaller compared to Netflix and other streaming services.

Apple is rumoured to debut a new bundled service called ‘Apple One’ later this year.