Just moments ago, Apple unveiled its highly anticipated ‘Apple TV+’ video subscription service that will launch this fall in Canada and in over 100 countries through an all-new Apple TV app and will give users access to exclusive original shows, movies, and documentaries.

“We’re honored that the absolute best lineup of storytellers in the world — both in front of and behind the camera — are coming to Apple TV+,” said Eddy Cue, Apple’s senior vice president of Internet Software and Services. “We’re thrilled to give viewers a sneak peek of Apple TV+ and cannot wait for them to tune in starting this fall. Apple TV+ will be home to some of the highest quality original storytelling that TV and movie lovers have seen yet.”

Pricing and availability for the Apple TV+ video subscription service will be announced later this fall.

Meanwhile, the all-new Apple TV app and Apple TV channels will be released in May 2019. Users will be able to subscribe to and watch new Apple TV channels, and paying for only services they want, with Americans able to get HBO, Showtime and Starz, all on demand, available on and offline.

There was no mention of any specific Canadian information regarding Apple TV+. Bell Media owns Canadian streaming rights to HBO Canada and Showtime and Starz, available through their streaming service Crave.

Through Family Sharing, users will be able to share Apple TV+ and subscriptions to Apple TV channels. 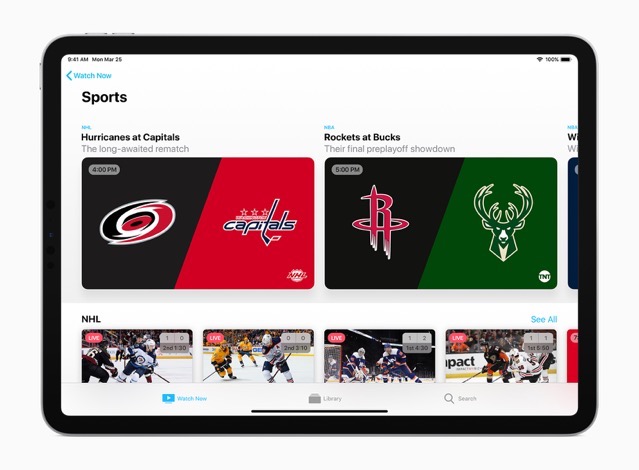 Apple has also announced that the new Apple TV app will be available on Samsung smart TVs beginning this spring, and on Amazon Fire TV, LG, Roku, Sony, and VIZIO platforms in the future.