Apple has today added a set of new channels to Apple TV, that include financial channel Bloomberg, streaming movie and TV show channel Crackle, and Korean channel KORTV (via MacRumors). Crackle, similar to its iOS app, is ad-supported on Apple TV. All channels have been tested and confirmed to be working in Canada. 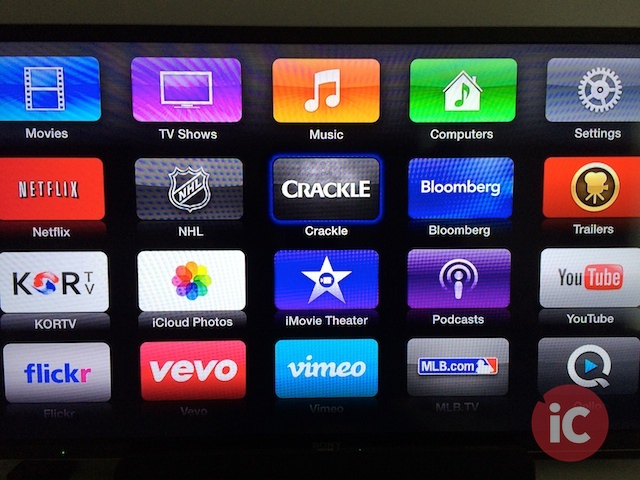 Meanwhile, the folks over at 9to5Mac have talked with the people that built the Bloomberg app to get some insight into the Apple TV development process. They note that the two man team behind the app’s development revealed that Apple’s toolkit, much like an SDK, has “made it quite easy to build the apps”. The team built the Apple TV app in just five weeks using Apple’s toolkit, they said. “It’s something that a small team of developers can accomplish for relatively inexpensively in a short timeframe”, says the source.

“While Apple’s SDK allowed them to build the app and interface and does include general guidelines and suggestions for video, the backend powering the video experience is completely built and maintained by Bloomberg. Apple actually has very little input in the development process after handing over the SDK, which is a good indication the development process could be transitioned into a more open tool for all developers.”

Bloomberg also has plans to integrate new features, such as the existing “tune-in alerts” it delivers through its iOS apps, into the Apple TV app that will be first of their kind on Apple’s set top box.