Apple TV+ has received a GLAAD Media Award for The Oprah Conversation featuring Elliot Page and his powerful first on-camera interview after disclosing that he is transgender, describing his life struggles and his message for trans youth. 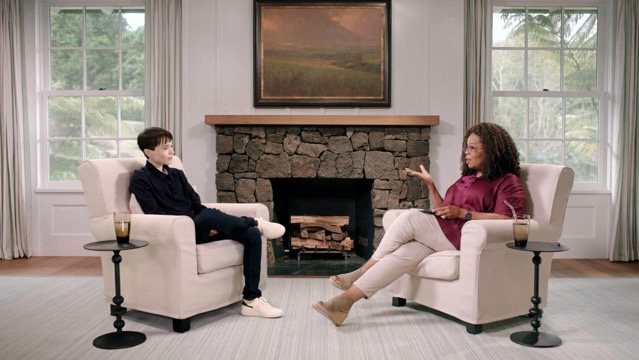 The GLAAD Media Awards recognize and honor media for their fair, accurate, and inclusive representations of the lesbian, gay, bisexual, transgender, and queer (LGBTQ) community and the issues that affect their lives.

The Oprah Conversation is a timely series that features Oprah leading intimate discussions with today’s foremost newsmakers, thought leaders, and masters of their craft.

The Oprah Conversation is available to stream exclusively on Apple TV+.