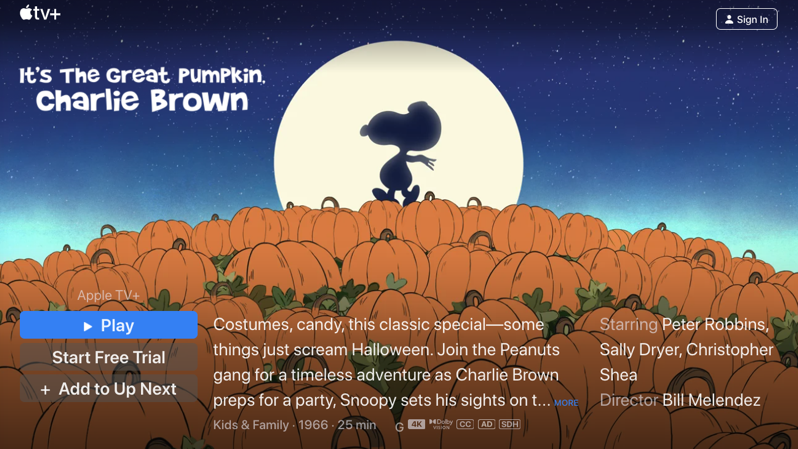 To watch this classic Charlie Brown special from 1966 for free, you’ll require an Apple ID to sign in, but you do not need a subscription to Apple TV+.

You can click here to sign in and watch this Charlie Brown special for free on Apple TV+.