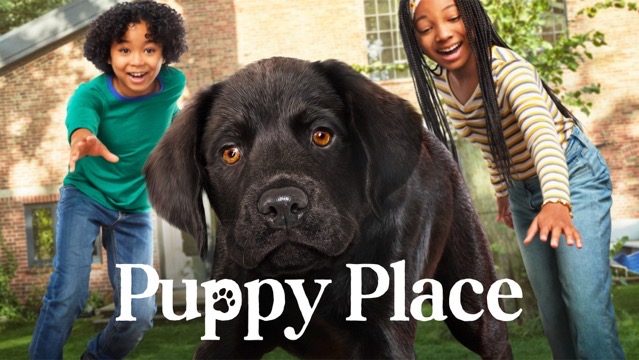 Apple TV+ has just debuted trailers for “Puppy Place,” an adorable live-action scripted series about the search for fur-ever homes premiering October 15, and “Get Rolling With Otis,” a show based on the popular books by author-illustrator Loren Long, premiering October 8.

Based on Scholastic’s best-selling book series written by Ellen Miles, “Puppy Place” chronicles the adventures of dog-loving siblings, Charles and Lizzie Peterson, and the puppy pals they foster in search of forever homes.

Premiering on Apple TV+ on Friday, October 15, each of the eight live-action episodes tells the story of a puppy who finds his or her way to the Peterson family.

“Get Rolling With Otis”is an animated adventure series from 9 Story Media Group and Brown Bag Films that welcomes young viewers to Long Hill Dairy Farm, home to Otis the Tractor and all his friends. Otis may be little, but he has a big heart.

Whenever he sees a friend in need, he hits the brakes, asks how they’re feeling, and rolls into action to help! The series is executive produced by Vince Commisso, Wendy Harris, author Loren Long, Darragh O’Connell, Angela C. Santomero, and Jane Startz.

“Get Rolling With Otis” will premiere globally on Apple TV+ on Friday, October 8.