If you were about to purchase a new Apple TV, Staples has a one-day sale right now, offering the streaming media player for $20 off at $89. This is the third generation model and the deal is available both in-store and online (currently sold out).

If you want new, looks like this is your best bet to find one in store. But you could always go with an $85 refurbished model from Apple.ca, pretty much available all year round. 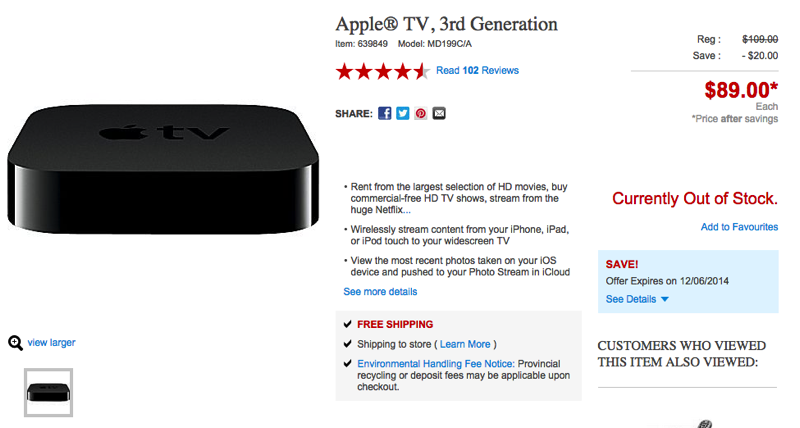 You could save $2 more by price matching at Future Shop or Best Buy, taking this down to $87.

Staples seems to have annual Apple TV sales, like last year, they had the device as a door crasher special for $88, plus who can forget the year before that when it was offered for $79 (which turned out to a SNAFU for online orders).

If you have an iPhone, iPad and Mac, an Apple TV is essential in my books primarily because of AirPlay (and AirPlay Mirroring) and also the excellent Netflix experience.

Apple has just teased a handful of new titles which will be added to Apple Arcade’s ever-growing catalog of games during the month of December. In a tweet posted earlier today, Apple shared the following three new games are coming to its gaming subscription service this month: Dead Cells+ by MotionTwin JellyCar Worlds by Walaber...
Usman Qureshi
5 hours ago