Apple TV+ original “See” starring Jason Momoa is returning for its third and final season on Friday, August 26. The 8-episode season will make its global premiere with the first episode, followed by one new episode weekly every Friday. 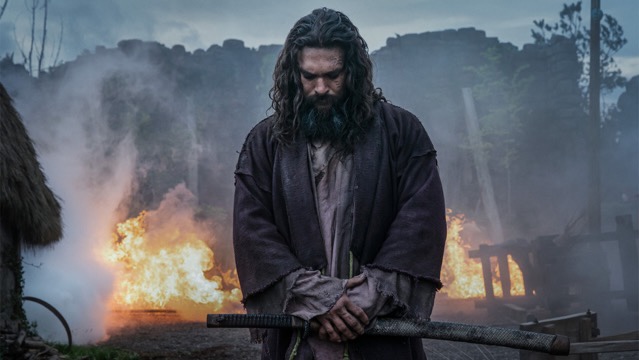 See is set in a brutal and primitive future, hundreds of years after humankind has lost the ability to see. In season three, almost a year has passed since Baba Voss (Momoa) defeated his nemesis brother Edo and bid farewell to his family to live remotely in the forest.

But when a Trivantian scientist develops a new and devastating form of sighted weaponry that threatens the future of humanity, Baba returns to Paya in order to protect his tribe once more.

“We are thrilled to share this epic final chapter of ‘See,’ which delivers all the intense drama, riveting action and heartfelt emotion fans have come to expect, as well as what we think is a deeply satisfying conclusion to our story,” said “See” showrunner and executive producer Jonathan Tropper.

“The show has been a monumental labor of love for all involved, and we are eternally grateful for the way ‘See’ has been embraced by viewers around the world.”

Check out an exclusive first look at the final chapter in the new teaser video below and share your thoughts with us in the comments section.

Airbnb on Tuesday announced the introduction of new anti-party tools in Canada and the U.S. to help prevent unauthorized parties by identifying and declining potentially high-risk reservations. This system looks at factors like history of positive reviews (or lack of positive reviews), length of time the guest has been on Airbnb, length of the trip,...
Nehal Malik
16 hours ago