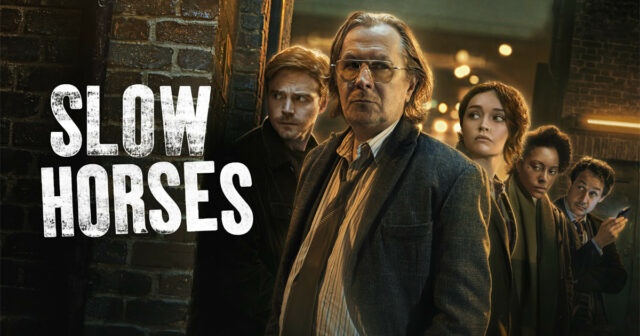 The first two episodes of ‘Slow Horses,’ the new thriller starring Gary Oldman, is now available to stream on Apple TV+ in Canada.

Slow Horses is a spy thriller adapted from Mike Herron’s novel of the same name. The premise revolves around a British MI5 agent River Cartwright (Jack Lowden,) who makes a public embarrassment of himself during a training mission. Cartwright is exiled to Slough House, an administrative department for rejected agents. His boss, Jackson Lamb (Oldman,)expects Cartwright and other employees will quit as their day-to-day is filled with mundane tasks. However, the Slough House unexpectedly becomes entangled in a dangerous plot.

The series was first picked up by Apple in 2019. The cast was finally set in stone by December 2020, when it had faced a number of delays due to COVID-19. The inaugural season of Slow Horses will contain six episodes and conclude on May 6, 2022. A second season has already been greenlit and is in development. It too will contain six episodes and will round out the story while adapting Herron’s sequel novel, ‘Dead Lions.’