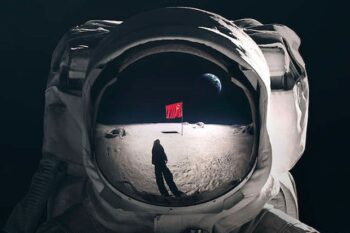 Apple TV+ has released a trailer for the second season of ‘For All Mankind’, which is a science fiction television show that first aired last year, exclusive to the streaming service.

You can watch the teaser trailer here on YouTube:

What would it be like if the USSR managed to reach the moon before the U.S? ‘For All Mankind, focuses on NASA astronauts and crew, being set in this alternate timeline. President Ronald Reagan narrates the trailer with a strong monologue:

“Let me state as plainly as I can. The greatest threat the United States faces is posed by the Soviet Union. History has asked much of the Americans of our time. Much we have already given. Much more we must be prepared to give.”

We can expect a lot of action-packed scenes in the second season from this trailer. There was no release date given, but this season should air before the end of the year. For $5.99 per month (or $59.99 yearly) in Canada, you can watch ‘For All Mankind’ and many other shows on Apple TV+.

December 1st marks World AIDS Day and Apple is continuing to support Global Fund in its worldwide fight to stop AIDS. In doing so, Apple Stores around the world are promoting (PRODUCT)RED displays and products. Additionally, Apple is promoting apps, videos, and other materials on its products to help increase visibility. Since 2006, Apple has...
Steve Vegvari
3 mins ago