MGM’s 45-minute retrospective “Being James Bond” featuring Daniel Craig will stream exclusively on the Apple TV app ahead of the theatrical release of ‘No Time To Die,’ the 25th installment of the James Bond franchise, Deadline is reporting. 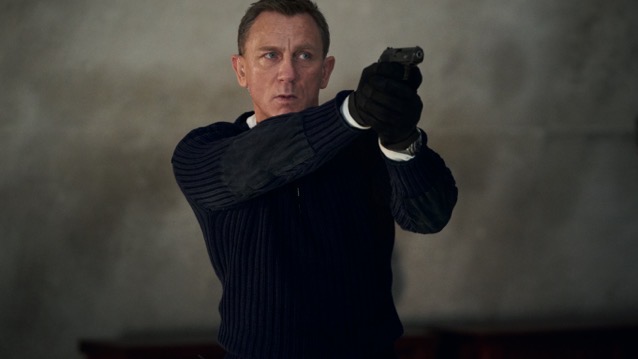 Being James Bond will reflect on Craig’s 15 years playing Bond, with never-before-seen archival footage including conversations with 007 producers Michael G. Wilson and Barbara Broccoli. It will be available for free to Apple TV customers in over 30 countries and regions from September 7 through October 7.

“Daniel has just taken this, the character, the series, the whole thing, to a place that is so…extraordinary. And so emotionally satisfying,” Broccoli says. “It’s also emotionally tough being Daniel’s last one. It’s tough on Barbara, it’s tough on me,” adds Wilson.

“A lot of people here have worked on five pictures with me,” the actor tells Wilson and Broccoli in the film. “I’ve loved every single second of these movies, and especially this one because I’ve got up every morning and I’ve had the chance to work with you guys, and that has been one of the greatest honours of my life.”

No Time To Die, Craig’s last Bond movie, will be released in theaters on Sept. 30 in the U.K. through Universal Pictures International and in the U.S. on Oct. 8 through MGM via United Artists Releasing.

[caption id="attachment_386647" align="aligncenter" width="2049"] Image: OpenAI[/caption] Last week, nonprofit artificial intelligence research firm OpenAI launched ChatGPT, a chatbot based on a conversational artificial intelligence (AI) model that can comprehend natural language queries, process them, and provide outputs based on the expansive dataset it has been trained on. "ChatGPT is optimized for dialogue," explains OpenAI, which...
Nehal Malik
12 mins ago