Apple will enter the live sports coverage arena with “Friday Night Baseball,” announcing the final schedule for the 12 weeks of the season beginning April 8. 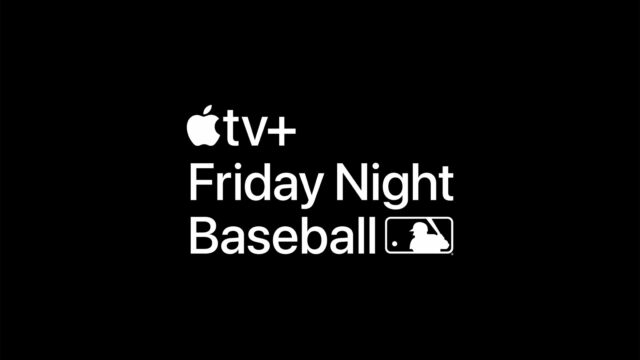 Apple said on Tuesday the partnership between MLB and Apple TV+ will see two games broadcast via Apple TV+ every Friday.

This will kick off on April 8, when Apple will broadcast a game between the New York Mets and the Washington Nationals.

“Apple is the ideal partner to bring ‘Friday Night Baseball’ to fans around the world,” says MLB CFO Noah Garden, in a statement.

“Following milestones like the launch of At Bat on day one of the App Store in 2008 to the integration of Apple technology in ballparks across the country, this robust new game package is the perfect next collaboration in our long history of offering quality and innovative content to our fans. With national availability and international reach, MLB on Apple TV+ offers an exciting new platform to fans that allows a wider audience to connect with the game.”

The first half of the schedule takes us to June 24. Apple TV+ programming will include two exclusive live games every Friday, studio programming, on-demand content, and a 24/7 channel including highlights and throwback games.

Here’s the schedule for the first 12 weeks of MLB’s “Friday Night Baseball” on Apple TV+, which will also stream in Canada–note the Toronto Blue Jays will air on May 27th:

Apple says its MLB baseball coverage will stream on Apple TV+ in the United States, Canada, Australia, Brazil, Japan, Mexico, Puerto Rico, South Korea, and the United Kingdom. Apple also says baseball will be available “for a limited time, without the need for a subscription.”