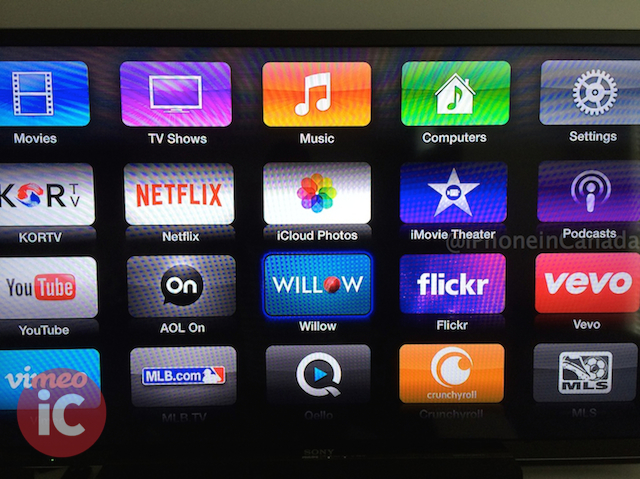 Apple TV users around the world have received new channels today, specifically those in the U.S., Norway and Brazil. According to the details provided by The Loop, here are the new channels listed below:

The last time Canadians received an update to the Apple TV was last month, when we received a redesigned Flickr channel, AOL On and Willow.

The Apple TV retails for $109 CAD new, but refurbished units are also available for $85.